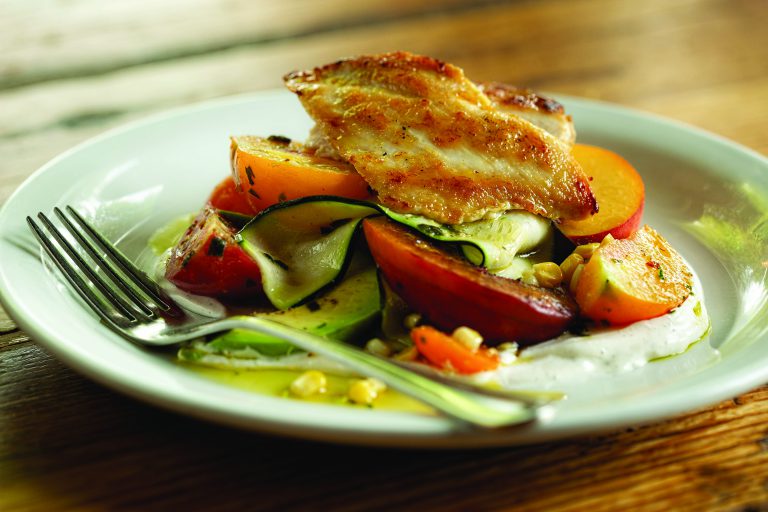 Brick & Tin has evolved along with downtown to become a nighttime destination.

If you’ve driven down 20th Street any time in the past few months, you’ve no doubt seen the work being done between 3rd and 2nd. And that means you’ve seen the transformation of Brick & Tin.

The fine dining lunch spot that has charmed downtown workers for a decade has expanded its offering to dinner. It’s a move that has intrigued chef-owner Mauricio Papapietro ever since he struck out on his own and brought a fine-dining sensibility to downtown’s working lunch crowd.

Papapietro had worked in some of the finest kitchens in the city, being mentored by Frank Stitt at Highlands and Chris Hastings at Hot and Hot. His last job prior to opening Brick & Tin was as chef de cuisine at Highlands.

Brick & Tin opened in the summer of 2010, when aside from Cafe Dupont there was very little in downtown. “At night it was a ghost town,” Papapietro says.

“I was ready to either move to another city and learn from someone else or open my own place. So that’s what I did with Brick & Tin. It was a chef-driven concept, all about the food, taking everything I could from my mentors,” he says.

“It was all about the cooking, but also the procurement, choosing the best ingredients from local farmers. What I was doing was trying to bring that sensibility to the lunch table, where it had to be fast because people only had an hour for lunch.”

The sandwich was the answer. But not just any sandwich, but an artfully conceived meal. The Brisket, for example, is a panini of braised beef brisket, caramelized onions & white bbq on pain de mie flatbread. From opening day it has been among the most popular of items on the menu.

“I was going to take quality ingredients and put it between two pieces of bread, but we were going to make the bread. So I had a baker who got there at 3 a.m. to make the bread, and I got there at 7 a.m. to prep the food. Then at 10:30 we opened for lunch and it was busy from the very first day,” Papapietro says.

The plan going forward is to have that same kind of success at dinner, including adding a full bar to the downtown restaurant. The team at Brick & Tin has been able to prepare for dinner service with the experience gained by the Mountain Brook location of Brick & Tin, which opened in 2014 on Culver Road in Mountain Brook Village.

“The Mountain Brook location was surrounded by a population of people who could really get behind it. I was ready for lunch and dinner seven days a week. The community is amazing and has really embraced it.”

The Tuscan is a sandwich of roasted portobello mushrooms, oven-dried tomatoes, provolone and pesto on focaccia.

Papapietro says his decision to re-invest in downtown with the renovation and expansion will pay off. “There is so much happening. The pieces you need for a city to be vibrant are all coming together,” he says. 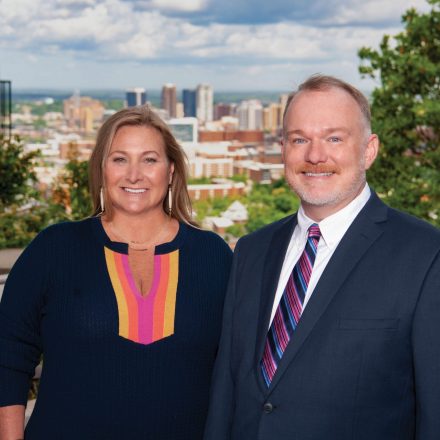 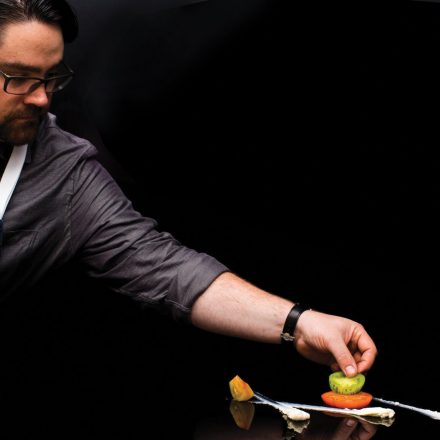 December 6, 2020 B-Metro Editor
The husband and wife chef duo Tyler and Jennifer Lyne made a big move in 2020, which seems appropriate for such a year as this. They left their...
Close