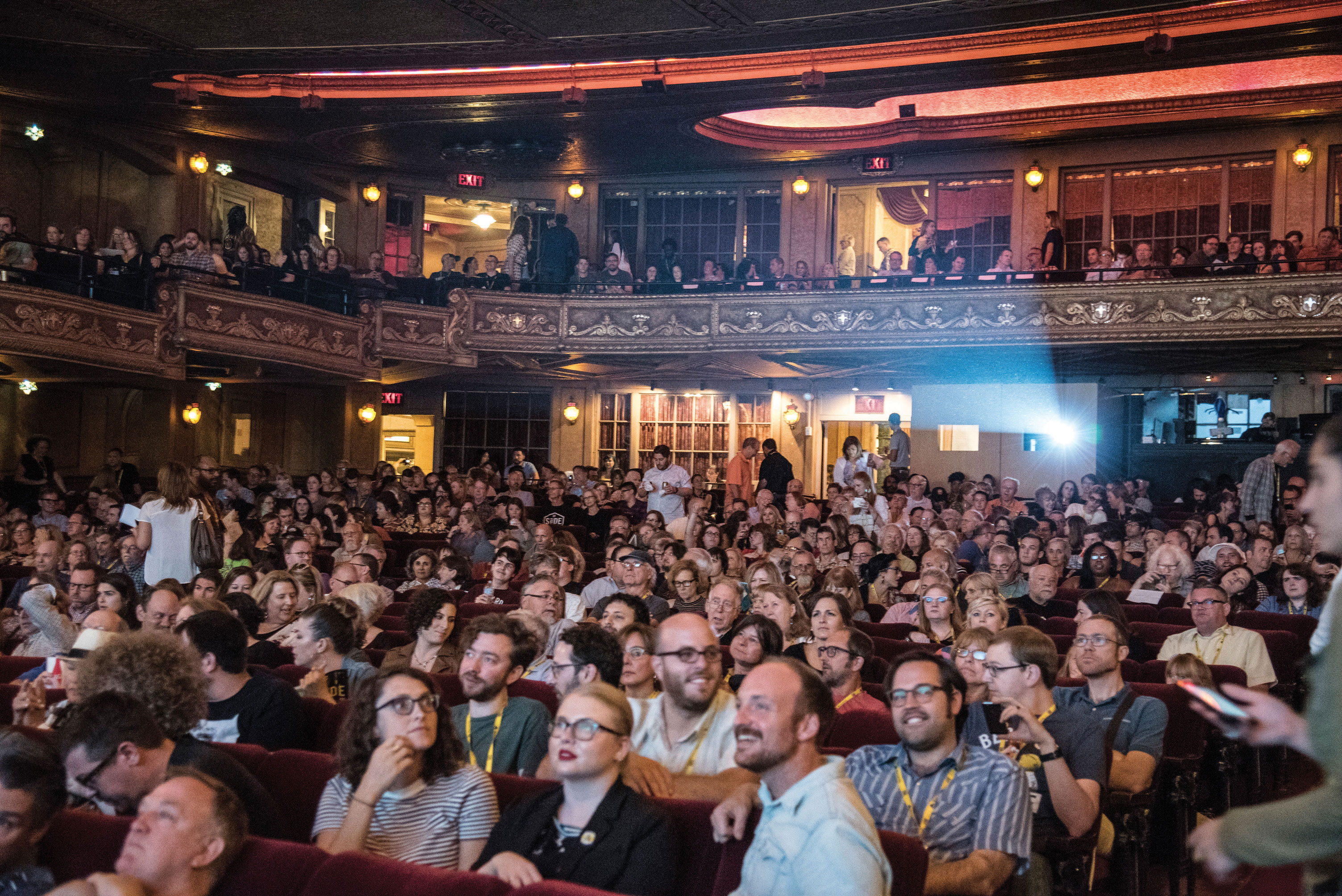 Two decades into its creative life, Sidewalk has become a major player in the artistic side of the city. Here’s an inside look at this year’s festival with a rundown on don’t miss films and the people who provide the creative spark.

The dark secrets in this black-comedy come rolling out quickly because in small town Alabama, news travels fast. Dick is the dead guy. His bandmates, Zeke and Earl, are trying hard yet unsuccessfully to deal with his demise. All hell soon breaks out.

The screenplay was written by Billy Chew, and the film was directed by Daniel Scheinert, known for Swiss Army Man (2016), DJ Snake and Lil Jon: Turn Down for What (2014) and The Death of Dick Long (2019).

Scheinert and Daniel Kwan, collectively known as Daniels, are a filmmaking duo best known for their music videos. In 2016 they expanded to feature film, writing and directing the movie Swiss Army Man featuring actors Paul Dano and Daniel Radcliffe, for which the duo received the Directing Award at the 2016 Sundance Film Festival.

Scheinert describes The Death of Dick Long as provocative. “The whole movie is an exercise in empathy. It is about characters that you wouldn’t normally think a movie would be about. That’s the magic of the screenplay. You can’t believe you like it,” Scheinert says.

“We wanted to be honest and authentic about Alabama. We want it to spark conversations,” Scheinert says. “I find filmmaking to be a very therapeutic experience.”

Conspiracy theorists abound in this comedic film, and their focus is on a Civil War era sword.  A cantankerous pawnshop owner and his man-child employee team up with an out-of-town couple who are trying to sell the sword, which they inherited from a recently deceased grandfather.

But it could be more than a sword. It could be the proof that the South really won the war.

The adventure that ensues takes the characters on a wild journey into the depths of conspiracy theory and Southern disillusionment.

The movie stars Jillian Bell and Michaela Watkins as Cynthia and Mary. Marc Maron plays the pawnshop owner and Jon Bass is his sidekick. The film was directed by Lynn Shelton, and written by Lynn Shelton and Michael Patrick O’Brien. Filming took place in Birmingham and other locales in Alabama.

“I wanted to give myself permission to do a screwball comedy, which I’ve never done before. I was ready to laugh after my last film, Outside In, which was a drama. I said I was going in for comedy next time because I really want to laugh. I never really let myself go off the rails before when it comes to ridiculousness of plot. But I wanted to create characters that feel real so that you care about them,” Shelton says.

It was a June evening in the Kingston neighborhood of Birmingham in 1979. There was an altercation at Jerry’s Convenience Store. By the time the evening was over, a 20-year-old black woman, Bonita Carter, was dead, shot by white Birmingham Police officer George Sands. Carter was unarmed.

It was the culmination of a period in Birmingham when the black community and the police department were at odds, with numerous reports of brutality and strife.

The shooting of Bonita Carter was the impetus behind the rise of Mayor Richard Arrington, Jr., who ran in the city’s election that year, becoming the city’s first black mayor and beginning a 20-year reign at city hall.

Iron Grit, a documentary directed and produced by two Birmingham natives, Jamel Lajuan and Sumner Nesbitt, is a deep dive into that difficult time, telling the back story of Birmingham’s transformation and echoing into today’s turmoil over police shooting of African-Americans.

“The recent police shootings on unarmed Black American citizens greatly tie into this 1979 story. I want to bring attention to the disproportionate deadly police action towards Blacks in America that is still happening today, but I also wish to inspire racial unity in the name of progress for global audiences,” says director Lajuan.

I Want My MTV

The legend has it that Birmingham native and Sidewalk founder Alan Hunter cartwheeled onto the stage for his audition as one of the world’s first vee-jays at the birth of MTV. That birth, and subsequent golden age of the new cable network, is the subject of I Want My MTV.

The creation of something absolutely new is a heady enterprise and this documentary brings that excitement to life. MTV became a touchstone for young people and a new format for musicians and filmmakers to show off their talents.

On August 1, 1981, MTV was born with scrappy hosts, a production style that looked like it was being made up as it went along, and the music videos that would come to define a generation.

The film has other Southern connections in addition to Alan Hunter, who was the first face seen on MTV. Robert Pittman, the original CEO of MTV Networks, was born and raised in Mississippi.

Other Films You Should See

Take in this retrospective screening of the Star Wars classic, directed by Irvin Kershner. Released in 1980 and generally considered the best of the original trilogy, the screening keeps an ‘80s vibe going at the festival.

The Nightingale is an Australian period thriller film written, co-produced, and directed by Jennifer Kent. Set in 1825 in the British penal colony of Van Diemen’s Land, the film follows a young convict woman seeking revenge for a terrible act of violence committed against her family. It stars Aisling Franciosi, Baykali Ganambarr and Sam Claflin.

Toni Morrison: The Pieces I Am

This artful and intimate meditation on legendary storyteller and novelist Toni Morrison examines her life, her works and the powerful themes she has confronted throughout her literary career. Morrison leads an assembly of her peers, critics and colleagues on an exploration of race, history, America and the human condition. The film was directed by Timothy Greenfield-Sanders.

Film critics and devotees explore the afterlife of the biggest film flop in 1995, Paul Verhoeven’s Showgirls, from disastrous release to cult status to extraordinary redemption. Was it a mess or a masterpiece? This documentary explores one of the most talked-about films ever.

The Cat and the Moon

The Cat and the Moon is a drama written and directed by Alex Wolff, who stars alongside Mike Epps, Skyler Gisondo, Stefania LaVie Owen, Giullian Yao Gioiello, and Tommy Nelson. While his mother seeks treatment in rehab, teenager Nick (Wolff) comes to New York to stay with Cal (Epps), a jazz musician friend of his late father’s. During his stay he makes friends who show him what the city has to offer.

SideTalks is the new official podcast of the Sidewalk Film Center + Cinema. Hosted by Sidewalk Creative Director Rachel Morgan and Programmer Corey Craft, featuring the Sidewalk staff as well as industry professionals, SideTalks takes on all things cinematic. Released bi-weekly and produced by Boutwell Studios in Birmingham, the podcast provides a fun, fast-paced spotlight on select current and retrospective films from all eras and genres and related cinematic topics by way of debates, deep dives, interviews and notes on “what we’re watching.” The podcast also highlights select events and films screening at the annual Sidewalk Film Festival and year-round Sidewalk Cinema (opening Summer 2019) and provides an awesome companion for festival-goers, cinema patrons and film enthusiasts alike.

At the festival this month, there will be a track of podcast focused programming spread throughout the Festival schedule and footprint, including a live show of Sidetalks, a special partnership event with NPR for the breakout podcast, White Lies, ArcStories and more.

Stowe Story Labs brings screenwriters, filmmakers, and creative producers together with seasoned industry professionals to help get projects made and seen. Our Sidewalk Lab is an inaugural program being built in partnership with the team at the Sidewalk Film Festival. The four-day intensive program will introduce writers to key considerations when adapting works for the screen. The aim of the Lab is to prepare participants to best place themselves and their projects in the film industry. Mentors are top industry professionals working on all aspects of film and TV projects. 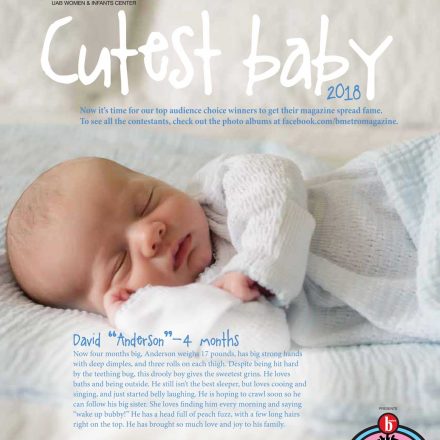 October 3, 2018 admin
Now it’s time for our top audience choice winners to get their magazine spread fame. To see all the contestants, check out the photo albums at... 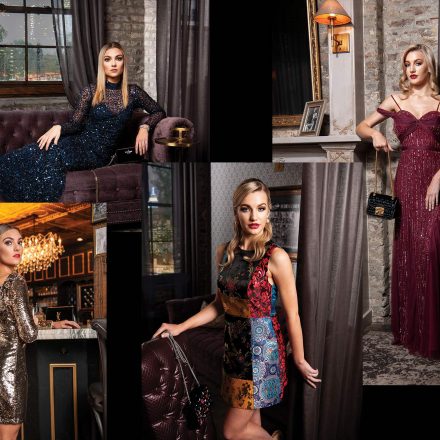 December 4, 2018 admin
Photography by Chuck St. John | Art Direction by Robin Colter Hair by Jessica Shawler and make up by Brandy Stoudemire, both from Tonya Jones...