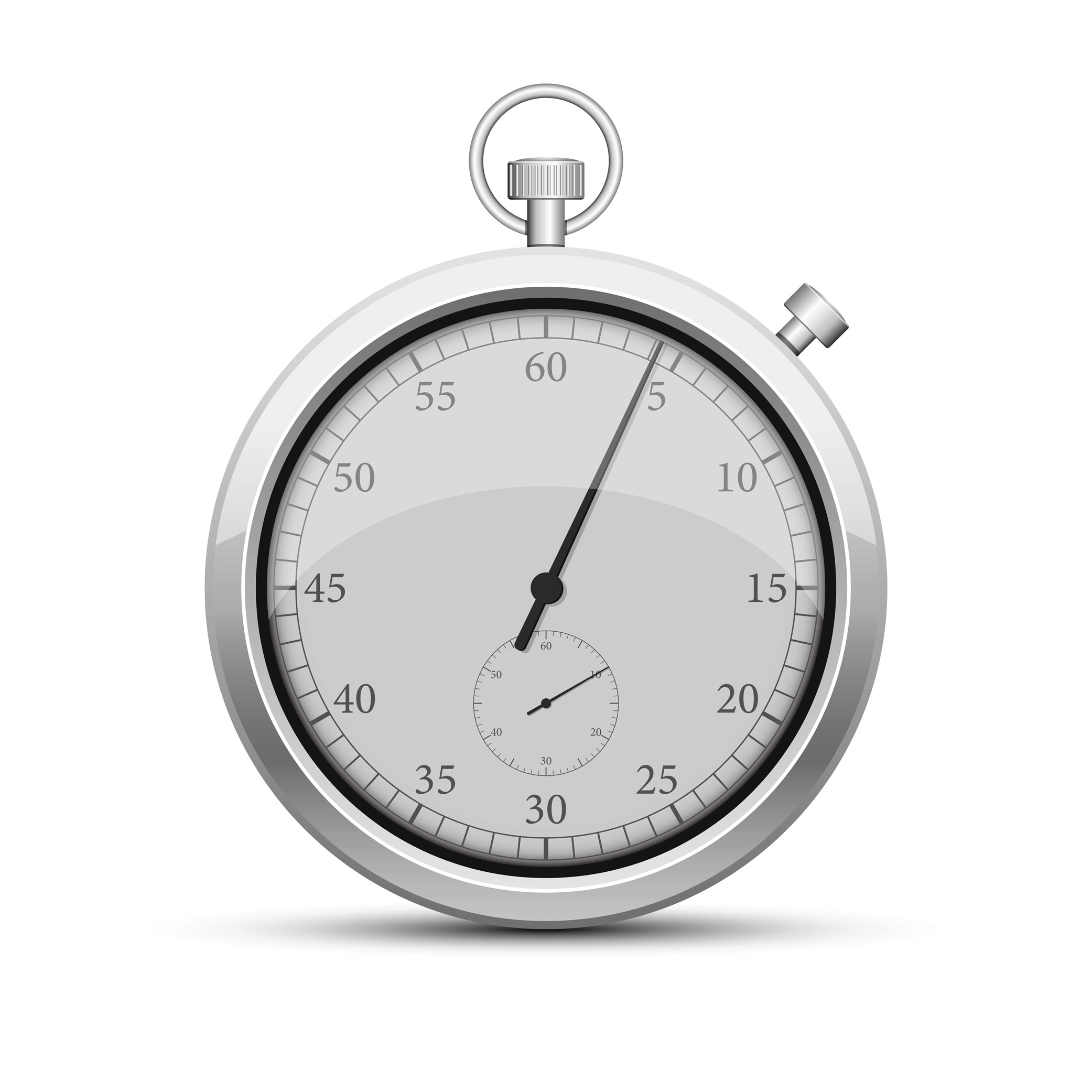 1960: The world’s first clinical use of a commercially made fiber optic endoscope for observing the inside on an organ or cavity was used at University Hospital. The endoscope was developed by Dr. Basil I. Hirschowitz.

Sept. 15, 1963: Victims of the bombing of the Sixteenth Street Church were brought to the Hillman Emergency Clinic at University Hospital. Fifteen people received treatment at the hospital and autopsies were done on the bodies of the four young victims of the bombing.

Oct. 26, 1967: The student newspaper, Kaleidoscope, was first published. Patrick Cather was the first editor and Melinda Hidle, who named it, served as co-editor.

June 7, 1970: First degrees: In ceremonies held at the Birmingham Municipal Auditorium, UAB awarded its first degrees as an autonomous university to 478 graduates. Ronald T. Acton received a Ph.D. in microbiology, becoming the first person to receive a degree from the university. The same day, Richard Charles Dale and Samuel William Sullivan, Jr., became the first African-American graduates of the School of Medicine.

October 1970: Jean-Paul Sartre’s “No Exit” was performed by UAB students, the first time that students had taken complete responsibility for a theatrical production. Speech and Theatre faculty member Dr. Ward Haarbauer directed the production at the Clark Memorial Theatre; the show opened October 30.

Sept. 24, 1976: The UAB Report, the weekly faculty and staff newspaper, was first published.

Jan. 13, 1978: In a campus-wide election, students, faculty, and staff voted to name all intercollegiate athletic teams the UAB Blazers.

Nov. 24, 1978: Before a crowd of more than 14,800 at the Birmingham-Jefferson Civic Center, the UAB men’s basketball team competed in its first game, losing to Nebraska by a score of 55 to 64. The women’s basketball team played its first game at the Birmingham-Jefferson Civic Center five days later, losing to North Alabama by a score of 77 to 82.

Feb. 3, 1984: Dr. Joaquin Aldrete led the team that performed the first liver transplant at University Hospital. The patient was a 5-year-old boy from Alabama.

January 1988: In response to the growing AIDS epidemic, the 1917 Clinic was opened at UAB. The clinic, which took its name from the building’s street address in order to protect the confidentiality of patients, was founded and first directed by Dr. Michael S. Saag.

Jan. 6, 1996: Blaze the dragon – the university’s fourth official mascot – made his first public appearance during a basketball game at the UAB Arena. Wyndall Ivey was the first student to don the dragon costume.

Sept. 15, 1997: Dr. W. Ann Reynolds became fifth president of UAB and the first female president in the history of the three-campus University of Alabama System.

Sept. 1, 2002: Dr. Carol Z. Garrison became the sixth president of UAB. Dr. Garrison was once a nurse in University Hospital, obtained a master’s degree in nursing from UAB in 1976, and taught in the School of Nursing until 1978.

May 1, 2005: The Campus Recreation Center opened, followed the next year by the UAB Campus Green, Blazer Hall and Commons on the Green dining facility, marking a turning point in UAB’s development into a more traditional campus.

2010: UAB became one of the first two civilian hospitals in the United States to host a US Air Force Special Operations Surgical Team. The team was stationed at University Hospital, the state’s only adult Level-1 Trauma Center, in order to develop their medical and teamwork skills.

Feb. 21, 2010: UAB opened the new Women and Infants Center, and five babies were born in the new facility its first day. In a random drawing, one of the five was selected to receive a full undergraduate tuition scholarship to the university.

Feb. 8, 2013: The University of Alabama Board of Trustees selected Dr. Ray L. Watts as the seventh president of UAB. Dr. Watts, who holds an undergraduate degree from the UAB School of Engineering, had joined the UAB faculty in 2003. He later served as chair of the Department of Neurology and at his selection as president was UAB’s senior vice president and dean of the School of Medicine.

Sept.13, 2013: The University of Alabama Board of Trustees approved the renaming of the UAB School of Business as the Collat School of Business in recognition of a $25 million gift of longtime supporters Charles and Patsy Collat.

Jan. 15, 2014: The Abroms-Engel Institute for the Visual Arts (AEIVA) was formally dedicated. Named for UAB benefactors Hal and Judy Abroms and Marvin and Ruth Engel, the striking new facility houses the university’s art galleries, administrative and faculty offices, and the Department of Art and Art History. AEIVA was opened to the public the following day.

Jan. 22, 2014: In a press conference in Bartow Arena, Bill Clark was introduced as the fifth head coach of the Blazer Football team. Clark was hired away from Jacksonville State University, where he led the team to a record season of 11-4 and the NCAA Division I playoffs for the first time in school history.

November 2015: Dr. Sarah Parcak, associate professor of anthropology in the College of Arts and Sciences, was announced as the recipient of the 2016 TED Prize for her pioneering work using satellite imaging to make archaeological discoveries on earth. Parcak received the $1 million prize in Vancouver, Canada, in February 2016.

May 11, 2015: UAB was named as a Comprehensive Stroke Center by the Joint Commission and the American Heart Association/American Stroke Association, the first hospital in the state to receive such certification.

August 2016: UAB became the first institution in the State of Alabama to be recognized with the Higher Education Excellence in Diversity Award from INSIGHT Into Diversity magazine. UAB was selected because of its exemplary diversity and inclusion initiatives and its broad concept of diversity.

2017: UAB’s impact on the Alabama economy was reported at $7.15 billion annually, with the university supporting 64,292 jobs in Alabama. It was also reported that UAB generated $25 for every $1 received in state funding. The university remained the largest single employer in Alabama, with more than 23,000 employees.

Sept. 2, 2017: The UAB Blazers football team returned to the field after a two-season absence, defeating the Bulldogs of Alabama A&M by a score of 38-7. A record crowd of 45,212 attended the return game at Legion Field.

December 2017: UAB becomes one of only three U.S. programs to have performed 10,000 kidney transplants. Since 1988, the first year the United Network for Organ Sharing began distributing organs nationally through the Organ Procurement and Transplantation Network, UAB has performed 7,823 kidney transplants — more than any transplant center in the nation in that time frame.

March 2018: UAB named LGBTQ Healthcare Equality Leader by the Human Rights Campaign Foundation. UAB was one of 418 institutions to score the maximum in the areas of: LGBTQ patient-centered care; LGBTQ patient services and support, employee benefits, and policies; and LGBTQ patient and community engagement.

June 16, 2018: At the 2018 Southeast Regional Emmy Awards the Office of University Relations won UAB’s first Emmy award, winning in the “Outstanding Sports-Feature Segment” category for “More than a Game.” The video showcased the UAB Football team’s 2017 game when Blazer players wore the names of patients from Children’s Harbor on their team jerseys.

November 2018: UAB breaks two important records. For the first time, UAB surpasses $500 million in research grants and awards in one year. The 10-year Campaign for UAB also concludes, having raised more than $1 billion from more than 103,000 donors and alumni to support students and faculty, programs, facilities, research and innovation, and athletics.

Dec. 4, 2018: UAB announced a $30 million gift from O’Neal Industries that will transform the university cancer center and rename it as the O’Neal Comprehensive Cancer Center at UAB. This $30 million is the largest single gift in the history of UAB.

June 2019: For the second consecutive year, Times Higher Education ranked UAB as the top Young University (50 years or under) in the United States.

September 2019: For the fourth consecutive year, UAB set an enrollment record for the fall term with 22,080 students. This was the first time UAB had more than 22,000 students. The entering first-time freshman class rose 2 percent to 2,346 students.

Oct. 18, 2019: The band Weezer performs on the Campus Green in celebration of the university’s 50th anniversary celebration. The free concert was attended by an estimated 20,000 people. 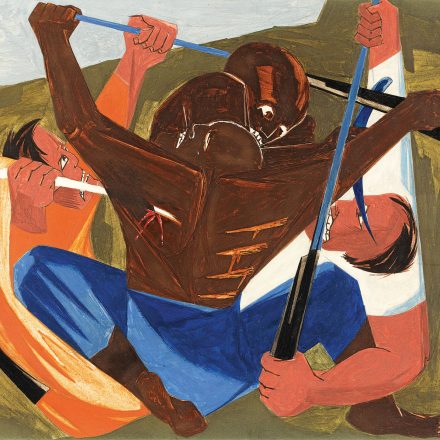 Art Is Back: Jacob Lawrence at BMA 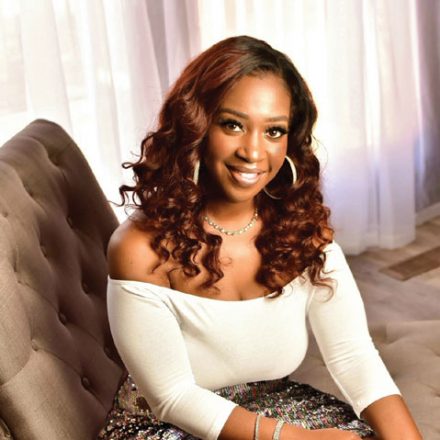