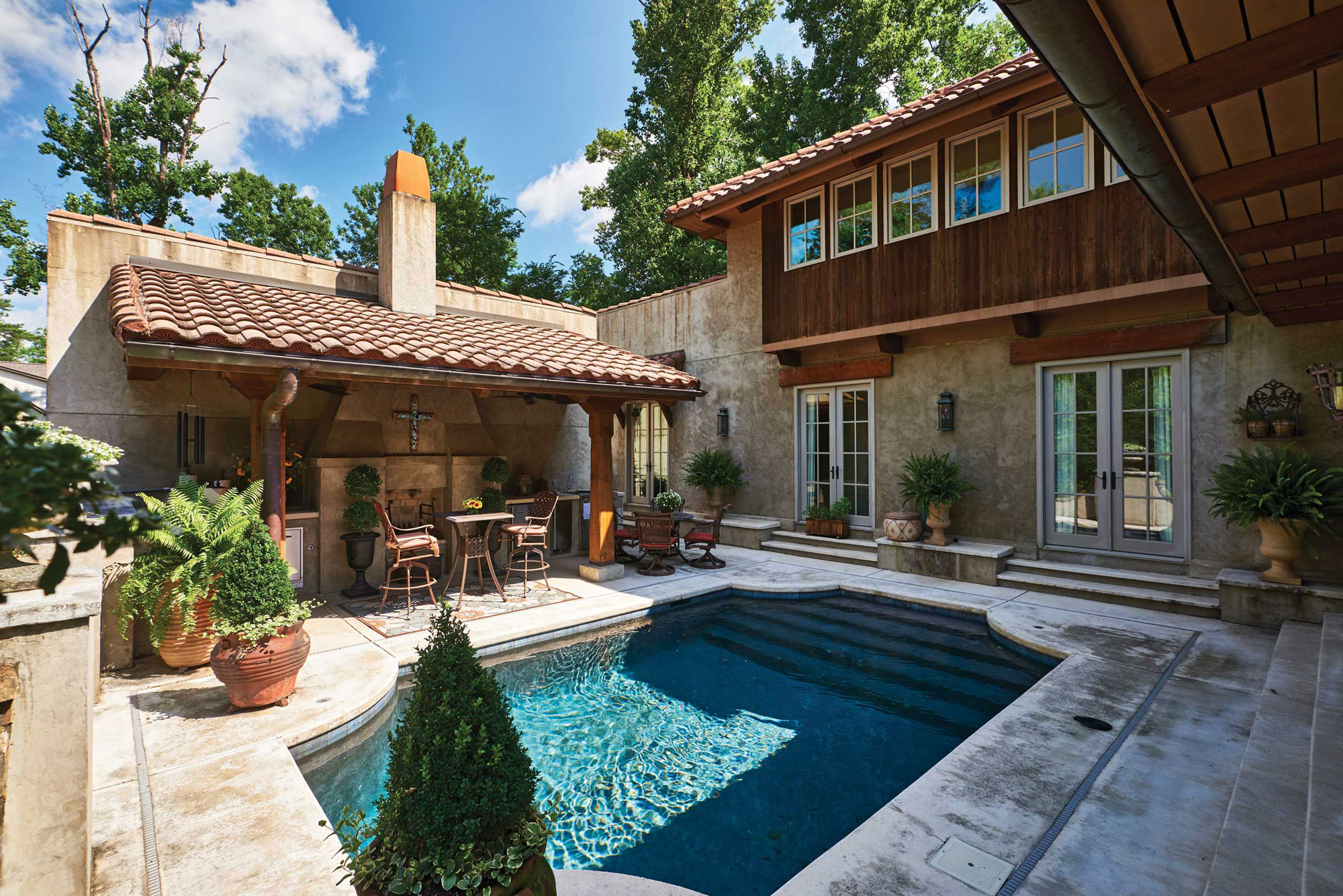 The home of Jim and Krystal Cobb creates a sense of old-world Mediterranean architecture in the heart of Homewood.

After Jim and Krystal Cobb got married, they knew they wanted to build a house together that would reflect their shared dream of a home defined by warmth and hospitality, as well as their love of Mediterranean-style architecture.

The first question was where to build it. This turned out to be an easy decision.

Jim had owned a house in the Edgewood neighborhood of Homewood for nearly 40 years, and he and Krystal decided they wanted to build on that same lot, razing the original house in order to start from scratch. Settling on details of the final design was somewhat more complicated. Though they had a good idea of what they wanted architecturally, the Cobbs had returned from a 2004 trip to Italy with literally hundreds of photographs full of ideas for their new home. They would need to winnow down their wish list to focus on the features most important to them, and drawing the final plans became a process that took nearly two years.

To see it today, it was worth the time it took to make sure every detail reflects their vision and priorities for easy but elegant living.

From the outside, the house fully reflects the style of a traditional Mediterranean villa, with its stucco exterior, terra-cotta roof tiles, and arched entryway. The interior architecture and design evoke the same feeling, beginning when visitors first enter the foyer, spacious enough to contain a wide staircase leading up to the second floor as well as a small seating area perfect for morning coffee, complete with a small bench and an antique chair that’s been in Jim’s family for generations. It used to belong to his great uncle, John Carroll, for whom John Carroll Catholic School is named.

Sean Beam, who was the Cobbs’ interior decorator along with David Walker, both of Richard Tubb Interiors, says the foyer was carefully appointed to make a statement without being overwhelming. “The foyer easily could have seemed cavernous, because it is two stories,” Beam says. “But the use of a rich, dark brown gives it a very cozy, warm feeling where it doesn’t feel so high. It’s still a grand space, but it’s an inviting space.”

The arched opening transitions smoothly into the home’s main living area, which contains a large dining table, living room, and off to the left, a spacious kitchen that reflects Jim’s passion for cooking as well as his lifelong career as a restaurateur and caterer. (He is the longtime owner of the catering company A Social Affair, and operator of Oscar’s Restaurant at the Museum; Krystal is the general manager of Oscar’s.)

“The kitchen is such a personal thing for Jim,” Walker says. “This gives you almost the feeling of a commercial kitchen but richer and warmer.” The character comes through in a series of carefully considered, timeless details, including a nickel backsplash, an island topped with leathered granite, and distressed cabinets.

Directly off the kitchen is the home’s centerpiece: a courtyard with a Grecian-style swimming pool, a rare luxury in Homewood that serves as a true outdoor living space for the Cobbs and their guests. On one side the pool is flanked by a long covered patio with comfortable outdoor seating, while the other side features an outdoor kitchen that is almost an extension of the kitchen indoors. Also accessible from the living room, the courtyard is on view from almost anywhere in the house.

That’s by design, says their architect, Steve Trueb. “Every space has a view out to this courtyard,” he says. “That’s about as Tuscan as you can get without having a view of the Tuscan hillside. We kind of manufactured our own vista, which happened to be this outdoor courtyard. And I love that it will never be filled up with furniture, because in the middle of it is a swimming pool. So in that space, what is absent makes the things that are there work all the better.

“What you’re trying to capture are those simple elements that are so poignant and memorable,” Trueb adds, “where less is more.”

That aesthetic carries throughout the house, where the well-considered details can be fully appreciated: the fireplace surround which runs floor to ceiling and features a limestone plaster to play off the arched doorway; the flooring made of reclaimed pine from the Alabama River; a wine cellar that also houses the fine bourbons Jim collects; a door preserved from an old castle in Spain; and an eclectic selection of art ranging from a pair of cast-iron angels by Jan Barboglio—specifically selected by Krystal—that adorn the dining table to a painting by Bob Moody, a former local architect and now internationally renowned watercolor artist. (The Moody painting the Cobbs have hearkens back to the first bar and restaurant Jim owned—Diamond Jim’s on Morris Avenue—which Moody designed, and the painting used to hang inside.) Still another prized piece of art is a painting by the late artist Pati Bannister, whose work Jim’s father collected.

Together, the couple emphasize the warmth and personal details that make their house feel exactly as they had hoped—which is, above all, simple and welcoming, with an emphasis on being able to entertain often, whether for special events, casual get-togethers with friends or hosting family members, including an upstairs almost entirely dedicated to guest bedrooms and a playroom for their grandkids. But the main floor is all about open movement combined with old-world hospitality.

Krystal echoes that sentiment. “It’s a house that really flows easily for entertaining family and friends,” she says. “But I also wanted a house that was warm and just kind of gives you a hug when you walk in the door, like, ‘You’re home.’ Everyone we worked with did so much to help make it what we wanted.”• 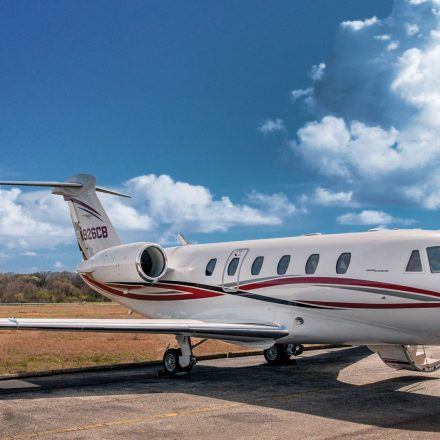 September 28, 2020 B-Metro Editor
Premier Group It takes experience to put together the kind of deal that works for everyone. That is true in all sorts of businesses, and it is... 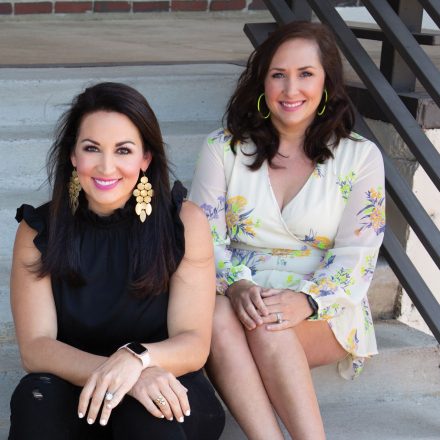