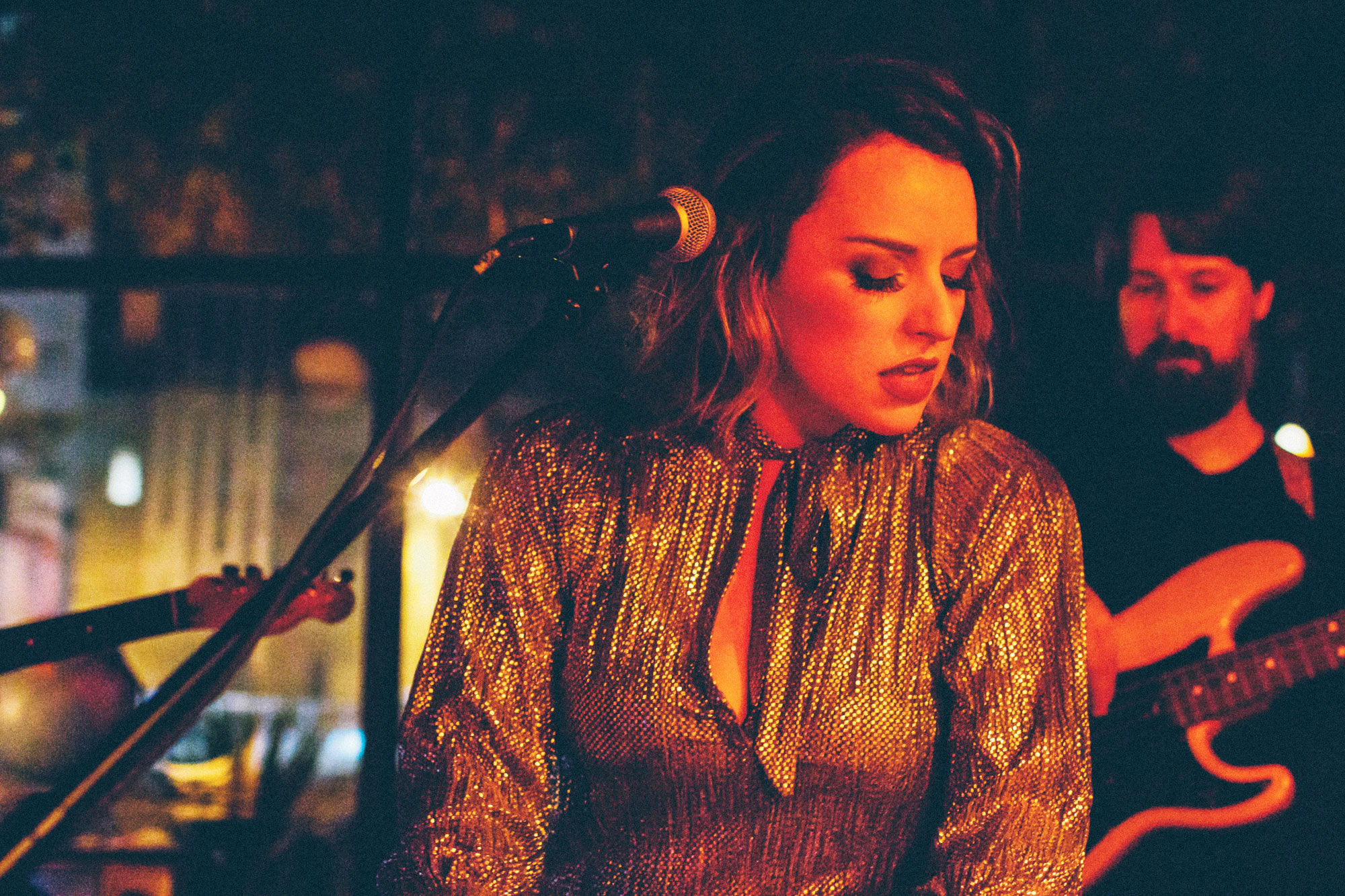 When you think “Birmingham,” what do you think? For all that we share in Birmingham, it’s intriguing to consider how much of what we love about it—and what speaks to us within it—is individualized. The truth is, none of us will ever share the exact same view of the Magic City. When someone says “Birmingham,” I think of Saw’s Barbecue and the Vulcan Trail (where I got engaged!) and Jemison Park. I also think of good music—maybe it’s because I’ve been doing this awhile or because pre-kids I spent all my extra money on good shows at the Bottletree (yes, so many of us think “Bottletree” when we think “Birmingham”) or just because I love music, but I’ve loved this up-close view I’ve had the past several years of music in Birmingham.

Of course, part of that is all of the cool people who have come through—and all of you who have shown up to shows, making Birmingham a place to stop on bands’ tours—but the other half of it is the talent that’s bubbling up right here in the city. One such face is one you’ve seen around here before—Chelsey Whild. Whild is a girl who is doing the nitty gritty hard work of making dreams happen (it turns out that they don’t just, well, happen.) And she’s making the Magic City sound good. “Maybe I’m just the proudest of continuing to make things. It’s hard to make things, and then sometimes it’s even harder to keep making things,” Whild says. “It’s easy to feel like it doesn’t matter, but it does.”

Whild has released two albums, the first, Fire, in 2014, and the most recent, What I Need, in 2017. Up next, she’d like to record an album with her band, made up of her close friends, and expand her reach further on tour. “I truly love all aspects of the process—writing, performing, recording. I love them all for different reasons. Writing a song is its own fantastic beast. Being in a flow state and writing a song in one sitting is one of my favorite gifts of music. That’s not always how it happens, but it’s pure magic when it does,” she says. “Playing with my band is its own beautiful animal. I am fortunate to have a backing band made up of close friends that I genuinely enjoy playing with so much. Playing live with them is always an amazing time. They help bring these songs to life beautifully.

“I’ve grown up a lot since I started writing music more seriously several years ago, and I think you can hear that,” she continues. “I wouldn’t be the same person without this journey of creating music, and I’m very grateful for it. It has taught me so much. How to be more patient and kind to myself. How to be confident in myself and what I’m doing.”

Her passion is clear when you listen; Whild’s music has a bright but ethereal feel, with a haunting undertone. Though she hopes you connect to it, she says that even more than that, it’s how she makes sense of life.

“Music is how I work through the tough stuff in life. It’s my church. I’m always trying to tell my truth with the music I write. That truth changes and grows as I do, but I’m always trying to be honest with myself,” she says. “I’m digging into what it means to be human and imperfect, and writing about it. I’m always hopeful someone can connect with that and think they’re not alone, because we’re not—we’re in this together. It can feel brutal sometimes to be so vulnerable to share songs that I’ve written from some of the darkest corners in my head, but I don’t focus on that thought so much anymore. It just is what it is.”

In her song “Maybe,” she sings, “Maybe one of these days I might / Get to the bottom of what isn’t right / But until then, I won’t stop.” I think that’s exactly what she’s doing with her music—exploring all that makes us alive and all that makes where and how we live beautiful and broken. She sums it up well when she says she is “unafraid to dig into the human condition.”

Whild echoes what lots of Birmingham musicians have put out there—your support matters. Keep an eye out for the shows that Whild will be playing around town in the coming months (the next one is Dec. 2 at Mom’s Basement) and make it a point to support her. You know what they say, people—listen local. •

3/15: Amos Lee at the Alabama Theatre