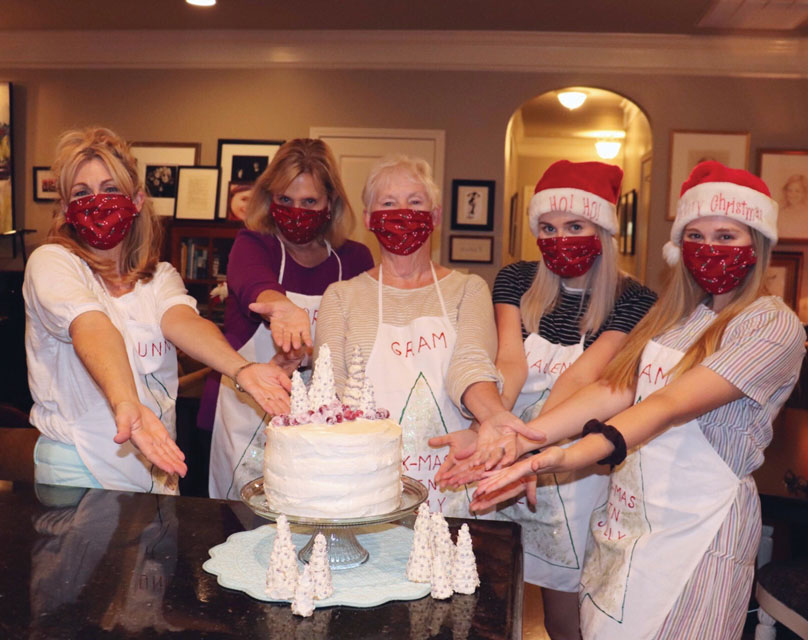 The Reason for the Season

There is a reason that Christmas is in December; it’s because that’s when cranberries are in season.

We just finished celebrating our Fifth Annual X–Mas in July Party. It’s our traditional weekend when my daughter, nieces, sister-in-law and mom, all come together at my house, from four different states, and we bake a Southern Living Magazine Christmas Cover Cake. If any of you have ever read about our experiences before, or spent enough Thursday nights watching Hallmark Channel Christmas movies, or fallen for the cuteness of “Ivy from Southern Living’s” how-to videos; and decided you just had to make one of these cakes yourself, then you know what a challenge it is. And, I am not talking about baking in the time of covid19. I am talking about the challenge of finding seasonal ingredients.

After going back and forth with texts, messages and phone calls on who didn’t like coconut, cream cheese frosting, any type of nuts, or lemon, we finally all agreed on making the Spice Cake with Cranberry Filling and Apple Cider Frosting. It seemed harmless enough. The only ingredient that stood out as a potential problem was Silver Dragees, but I knew that I would be able to order those online if needed. Hell, due to covid-19 I’m already ordering everything online. There is nothing that you can’t buy online and have delivered right to your doorstep these days, so no problem with our recipe. Well, I’m here to tell you, like your older brother that tells you there is no Santa Claus, to stop thinking like that right this minute! It’s a lie and it will cause you much anxiety if you continue your cake baking mission with this belief.

It turns out that there is something that you cannot, in fact, get anywhere in July, not even online. And, that thing my friends, is cranberries. Repeat this over and over to yourself like a child telling her parents that Santa is bringing her a pony for Christmas. Tell it to yourself until you know it for certain, and then you will not choose to bake a cake that uses cranberries in July. I’m just trying to help you out here.

Now, I know that fresh cranberries are only available sometime in the months of Nov/Dec but I did not anticipate a problem with finding frozen ones. Obviously I must still believe in the magic of Christmas because I am here to tell you now that there is not a frozen cranberry to be found in the middle of July in the South. I know this because between the five of us we scoured every store in most of the states. It seemed that ordering them online was our only solution. So, I ordered them from a cranberry bog in Massachusetts. I had to order five pounds of them as that was the minimum amount they offered for shipping. They were guaranteed delivery by Friday. Problem solved! That was great timing because we had to make the cranberry filling on Friday because it had to chill 8 to 24 hours, along with the garnish of ice cream cone Christmas trees that also had to be assembled and left to dry overnight. Then we would make the cake and put it all together on Saturday.

Well, by 8 p.m. Friday night we still did not have any cranberries. I was getting desperate. Everyone had arrived, we had the Christmas candles burning, the scent of pine and winter scenting the air, Christmas tunes playing and Hallmark Channel Christmas movies that I had recorded, on heavy rotation all weekend. But, no cranberries! The whole reason we were gathered for this X–Mas in July was to bake this cranberry filled Southern Living Magazine Christmas cake. And, the star was not to be found. I felt like a child who, at the last minute, starts questioning whether or not Santa really did hear their deepest desires and was worried he wouldn’t find my house to bring me what I wished (and paid!) for. I emailed the bog even though everyone said no one would respond so late on a Friday night (they are even an hour ahead). But, I did get a response that they were very sorry and that they would refund my money but none of their orders made it to their destination and that my cranberries were stuck in New Jersey.

Now, my faith was tested. I called neighbors to see if any of them had cranberries, but no one did. I told everybody we were going to go around from neighborhood to neighborhood all over town knocking on doors, not as carolers, but telling them it was a hold up for cranberries, after all we had on our cute masks that my sister-in-law, Barbara, had made us. No one would be able to identify us.

And, then, lo and behold a X–Mas in July miracle occurred! My same sister-in-law, Barbara, actually reached into the deepest, darkest, most hard to reach corner of her deep freeze, so cold it felt like she had tunneled her way to the North Pole, and found the only known bag of frozen cranberries to exist in the entire Southeastern United States or the whole country for that matter, except for New Jersey. Cries of great joy were heard all over the town as the shining star of our weekend magically appeared. We could bake our cranberry cake! Barbara saved X–Mas in July! And the cake turned out beautifully, and delicious, too! And, by Sunday night, just like the real Christmas holiday, everyone was gone and it was all over.

And, my five pounds of cranberries arrived on Monday. If anyone needs some cranberries give me a call. 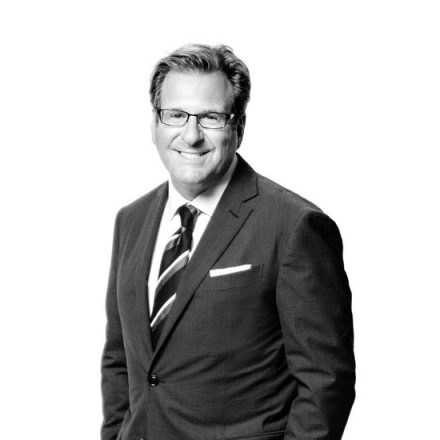 June 26, 2021 B-Metro Editor
Corporate Realty’s Robert Simon has been a major player behind the city’s Parkside developments. Next up is the Southtown redevelopment... 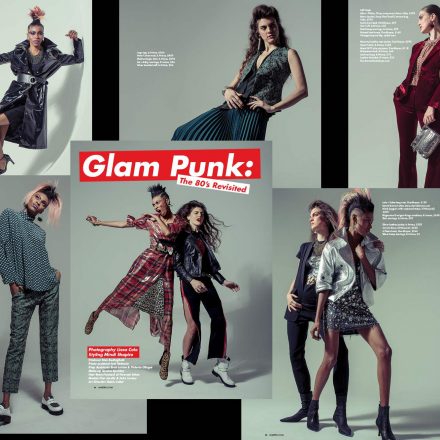