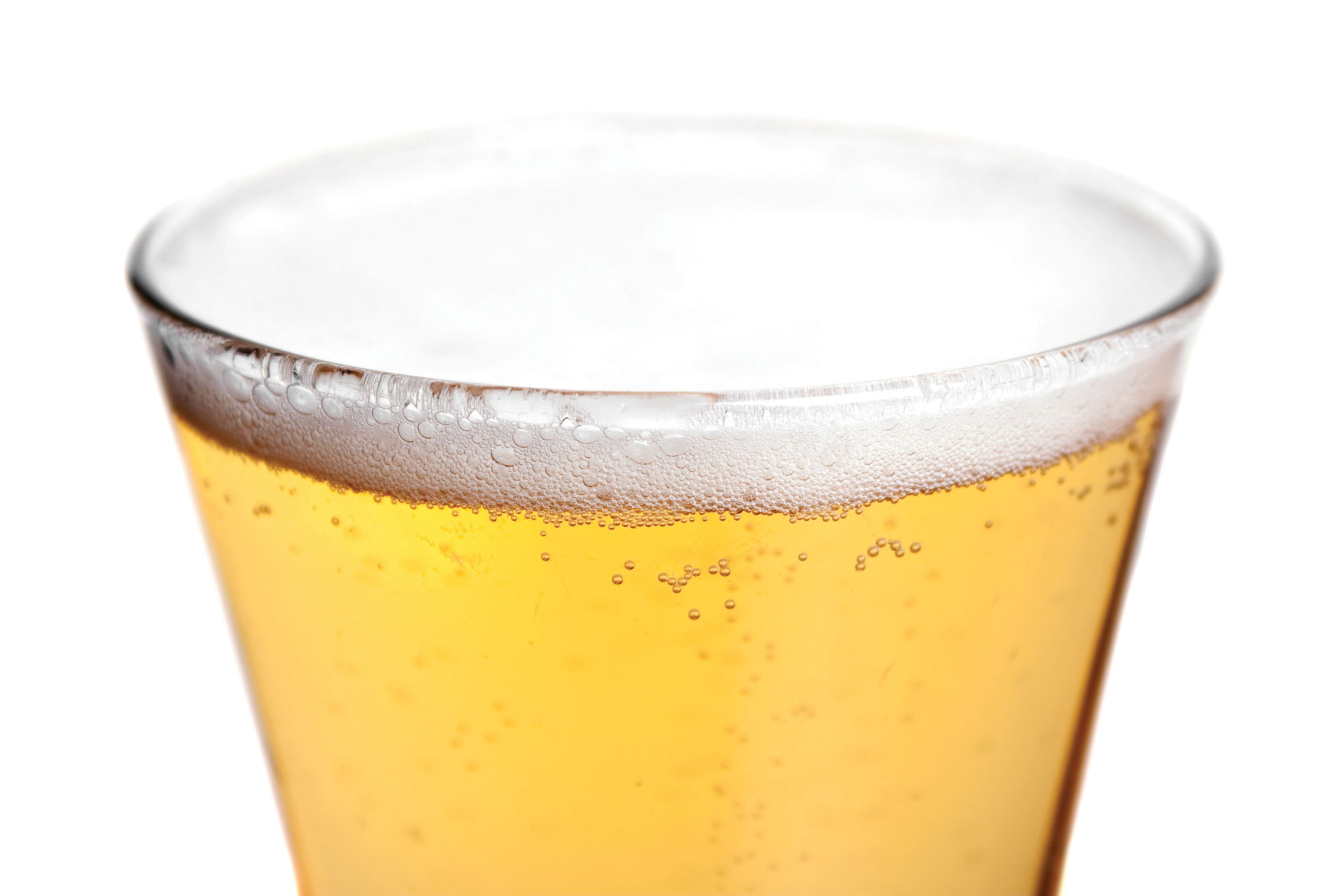 The linchpin in the rebirth of Avondale as one of the city’s most vibrant entertainment districts, Avondale Brewing has a rich history. Having been home to a post office, a firehouse, a bank, the Long Branch Saloon with a bordello for patrons on the upper floor. Legend has it that the building is haunted by a former lady of the brothel, now known to the current occupants affectionately as Meredith. The brewery, founded by Hunter and Coby Lake, is now owned by Good People. The large yard behind the brewery hosts great events and concerts.

In the summer of 2018, Gadsden-born Back Forty Beer Company joined Birmingham’s thriving craft beer scene and opened a new microbrewery at Sloss Docks. With plenty of room both outside and in, Back Forty–Birmingham offers dramatic views of Sloss Furnaces and the rail lines that rumble right past the building.

The iron, mining and steel heritage of Birmingham lives on in this brewery in the Battery development on Southside. “We aren’t just selling beer, we’re using our craft to pay tribute to the Magic City and the men & women who’ve helped shape her.” That is the slogan that the brewery lives by. Founded back in 2018 at the new Battery development just south of Rotary Trail, the brewery was the brainchild of Cale Sellers and his father-in-law Brad Kueven. Home brewers they found their calling early and have expanded the experience.

Signature beers include Lose Your Way, a New England influenced IPA, and The Descent, an American stout.

Cahaba Brewing Company was founded in the summer of 2011 by a group of friends united by their love of craft beer and home brewing. They started brewing beer in the spring of 2012 in a building at Pepper Place. The brewery later moved to larger space at Historical Continental Gin Complex off 3rd Avenue South. The large facility is the perfect back drop for a beer-sodden night or day for that matter.

Set up as one of two breweries in Trussville’s new downtown entertainment district, Ferus is Latin for wild. The name comes from their passion for brewing sour beers and the wild yeast that is used during fermentation. The brewery is located in a 23,000 square-foot building housing beer production, taproom, eatery, event space, and retail. Outside the brewery is an outdoor taproom, pavilion, greenspace, and stage.

Ghost train Brewing Company came to life in 2016, founded by Taylor DeBoer, owner and brewmaster, and Patrick Small, owner and director of sales and distribution. The brewery recently expanded and opened a live music venue on its property on Southside.

Cullman natives Mike Mullaney, Gery Teichmiller, John Dean and Brad Glenn founded Goat Island Brewing, named for a well-known island in Smith Lake. The brewery continues the town of Cullman’s history of beer-making in a town founded by Germans in the 19th century.

Signature beers include Richter’s Pils, based on an original, translated recipe found in Cullman.

Growing out of the Southern notion that some folks are just good people, this brewery was a local pioneer in the world of craft beer. Founded by Auburn graduates Jason Malone and Mike Sellers, Good People’s first brew, a brown ale, made its official debut in 2008. Since then and a move across from Regions Field, Good People has continued to be a local leader in craft beer, particularly with its recent purchase of Avondale Brewery.

Signature beers include Snake Handler, Double IPA brew and a hoppy one at that, and the Bearded Lady, a light-bodied wheat ale. Their Coffee Oatmeal Stout features a big coffee taste.

Grocery Brew Pub is located in Homewood at the former site of Red Hills Brewing. The emphasis here is on both beer and food with a full menu and a variety of taps featuring national, local and their own brews.

Hop City Craft Beer & Wine opened its doors in 2009 to a great response from the Atlanta community. The Birmingham outlet opened after the store in Atlanta had garnered great press and an impressive customer base. The Birmingham location features an impressive beer and wine selection, growlers, and an on-site beer bar with patio. There are 66 draft choices at the beer bar plus 6 wines on draft.

Founded in 2017, Interstellar is Alabaster’s hot spot for craft beer. Interstellar Ginger Beer is the product of microbiologist Dr. Shane Kelly and entrepreneur Daniel Sims. The specialty of the house is their collection of ginger beers.

Signature beers include First Contact, made with cold pressed ginger and lemon, and Space Mule, a brewed interpretation of a Moscow mule.

Equal parts food and beer, the Lakeview Beer Garden comes to us from Carrigan’s now trio of night spots. This outpost has a beer focus with plenty of room inside and out.

Monday Night Social Club serves over 25 brews on tap, including house-made beers, small batch IPAs from the Hop Hut, barrel-aged and sour beers from the Garage, and guest taps from local breweries—as well as a full bar with wine and cocktails.

Signature beers include Drafty Kilt, a roasty scotch ale with a hint of smoke, and Blind Pirate, a juicy, citrusy IPA

This family-owned small-batch brewery in the heart of Helena is worth the trip south of town. The brewery regularly features food trucks and musical events, the taco truck is particularly popular. Oversoul is an important part of the Old Town Helena development.

Danny and Tammy Sample were huge fans of craft beer, so the next logical step in their minds was to open their own brewery. Opened in 2018, the beer menu includes an IPA, a blonde ale, a stout, a wheat beer and a Hefeweizen. Food trucks are a popular addition to the location in downtown Alabaster.

Like its Trussville neighbor, Ferus, this brewery is a big part of Trussville’s new downtown development. Owners Joe and Susan Meadows have tried to create a family-oriented business with the brewery.

A true family enterprise with seven relatives in the business, Tallulah Brewing Company in Jasper, grew out of a true love for craft beer.  Named for an old hotel in nearby Cordova and christened with a nod to actress Tallulah Bankhead and her Congressman father, the brewery is an anchor in the development of downtown Jasper.

Signatures beers include the IPA Southern Ambassador, Rhapsody, a Bohemian pilsner, and The Gavel, a porter.

Award-winning TrimTab Brewing has been in an expansion mode this year, increasing their production capacity by taking over a neighboring building. They have a philosophy to go along with their beer, namely “Craft beer is our way to spread that message and is a way to extend an invitation to make our world a better, more inspired place to live.” Sounds right to us.

Founded by Craig Shaw, an original brewmaster at Avondale, True Story Brewing Company is a small brewery with some big beliefs. They focus on finely crafted beer, tasty eats, family, friends, and the community.

True Story is located in Crestwood Village right next to Crestwood Coffee.

Another Jasper entry in the metro Birmingham beer scene, Twisted Barley Brewing is located in a 1920s-era bulding in downtown Jasper. 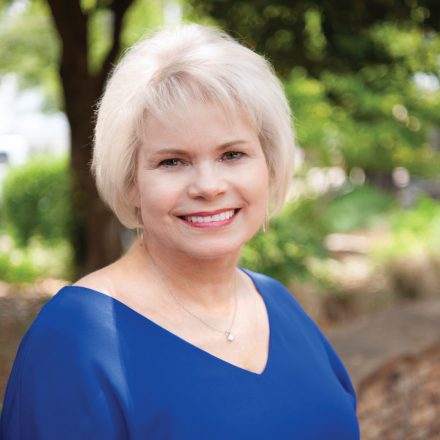 July 17, 2020 B-Metro Editor
Annette Springer is the CEO for Springer Equipment Company in Birmingham, Alabama and Southfork Lift Truck in Nashville, Tennessee. Both... 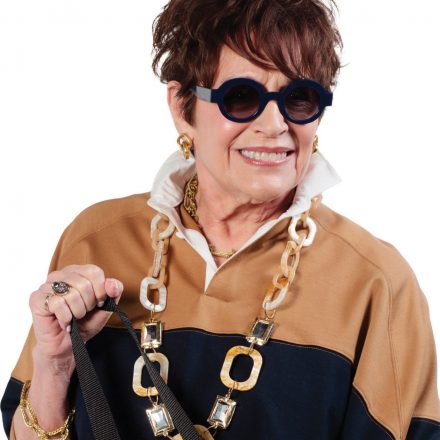 November 29, 2021 B-Metro Editor
Let’s challenge the concept that beauty and self expression are reserved for the young. Let’s tell the story of brave, bright colors and...
Close