Give Birmingham: The Alabama Theatre

The Alabama Theatre was used primarily as a movie palace for 55 years, with the exception of the annual Miss Alabama pageant and the weekly Mickey Mouse Club. In 1987, the owners of the facility declared bankruptcy and the theatre was purchased by Birmingham Landmarks Inc., a non-profit corporation.

The new Alabama Theatre for the Performing Arts hosts many live events, as well as films. Each year the Theatre hosts over 150 events attended by a 150,000 Birmingham area citizens. In 2009 The Hill Event Center, adjacent to the theatre, was opened to offer a ballroom and reception area for weddings, and other social and business events held at the theatre complex. We believe that the Alabama and Lyric Theatres are true Birmingham landmarks. Join the Showplace Society, whose members preserve and protect the Lyric and Alabama for generations to come.

In 2011 The Alabama Theatre received the Building of the Year Award from the Alabama Architectural Foundation. The award is presented to the one building statewide that best exemplifies how architecture can provide a meaningful impact on the citizens of Alabama in the past, present and future.

In 1998, the Theatre underwent a complete front door to back door restoration. The work was done by EverGreene Studios from New York City. In 8 months, the theatre went from its look of faded grandeur to a sparkling 1927 look with all the gold leaf paint either replaced or cleaned.

We believe that the Alabama and Lyric Theatres are true Birmingham landmarks.

Showplace Society members can preserve and protect the Lyric and Alabama for generations to come. Will you help us make sure the shows never stop? July 20, 2022 B-Metro Editor
Hand in Paw will host its signature event, Picasso Pets presented by VP Funds, on August 13th, 2022 at The Harbert Center in Downtown... 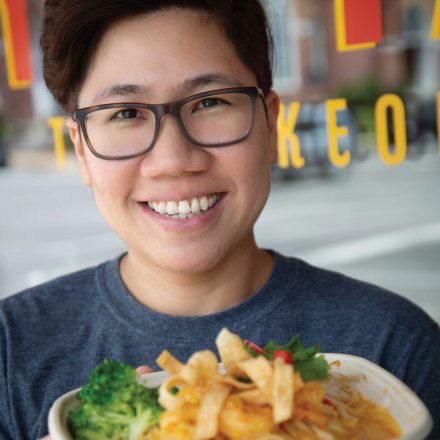 September 6, 2018 admin
Getting it good on the go. Written and photographed by Beau Gustafson Golf Suchodayan and Kay Sathianphatthanakul met in Thailand when they were...
Close