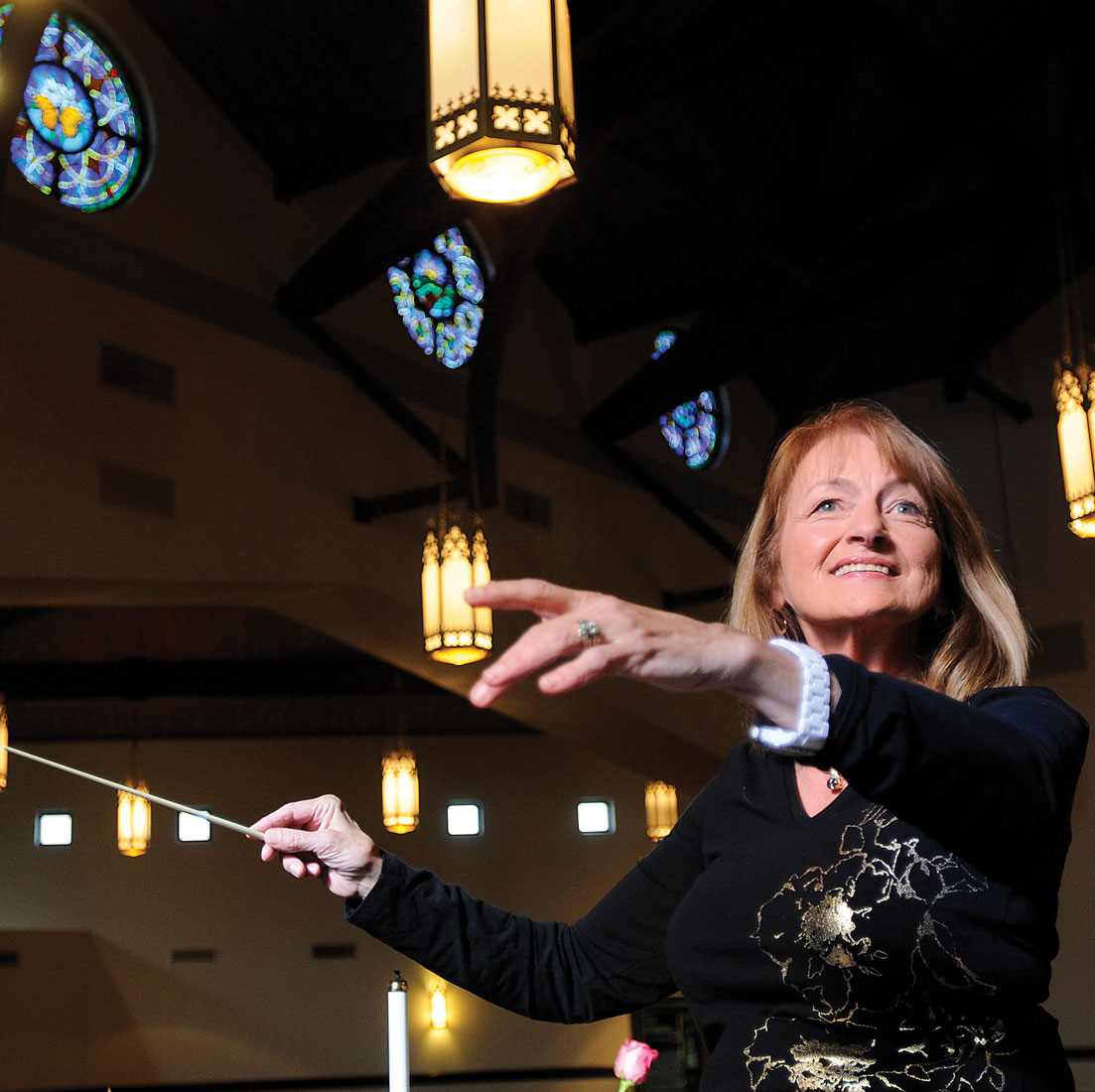 A Community of Song

Founded by Earl and Frances Clark and steered for many years by their daughter Bebe Clark Kok, The Alabama Civic Chorale celebrates the majesty of music  this November with their 75th performance of Handel’s Messiah.

The Alabama Civic Chorale was founded by Earl and Frances Clark, following a trip with their high school and church choirs, to a music conference where they sang Messiah. Upon return from the trip, Mr. and Mrs. Clark’s groups began to practice together. They often found themselves going from home to home with a pump organ, and practicing many nights each week. The first presentation of Handel’s Messiah was during Christmas, 1947.

During the Christmas season of 1948, the choirs from South Highland Baptist Church and Mrs. Clark’s McAdory High School Chorus officially combined their voices. It was a successful beginning for the group. Although there were challenges as they grew, their determination and willingness were the foundation of each year’s success.

The size of the chorus grew. Presentations of Messiah and other great works were presented at various churches and cities, at Bessemer High School, and at The BJCC for a national convention. First UMC Bessemer then became the home of the chorale for many years.

The Chorale’s love for learning and sharing great music, brought people from all over our state, our country, and a few from around the globe. They presented music from many different great composers but there was always an annual presentation of Handel’s Messiah.

With the passing of the founders, Bebe Clark Kok, a daughter of the founders, took up the baton of the Alabama Civic Chorale. The community of the group, the fulfillment of bringing fine arts to the community and giving back to others, continued as the goal of this group. During this time the ACC moved to its present home at Riverchase UMC where the group continues to grow.

Daughter of the founder and conductor of the chorale remembers the early days. “When I was about 10, I thought I had arrived. We were on the stage at Bessemer High School.  I had sung Messiah many times holding the score and sitting in front of our record player. I had also gone to rehearsals. (Perhaps Dad thought I would sit still if I were singing) He asked if I wanted to sing, and I did. I was on stage with the orchestra, sitting next to one of the best sopranos, and sang Messiah with the group for the first time. I was so serious. I wanted it to be the best. I held my book up and paid attention. I never came in before it was time to sing. It was the highlight of my life, at that point, to be a part of this group. I can still name about two-thirds of the people that sang in that group and if you see the picture you can see on the right, front row a little girl with bobby socks on. That was me,” Kok says.

In the spirit of Handel and his desire to give back, the group has always had a desire to help and support the community in different ways.

Handel gave the proceeds from many of his performances to the Foundling Hospital in London. The Foundling Hospital was established to educate and maintain children in need.  In keeping with that, for the 75th presentation (Sunday Nov. 20 at 3 p.m. at Riverchase UMC church, this year the Chorale will ask that donations be brought to benefit children and infants. This can be anything from formula, diapers, books for small children, or new clothes for infants and young children.

“The group has also sung at retirement homes. The concerts would be selections of choruses from Messiah or other anthems. During our visit we would have the residents sing along to familiar songs with us. These visits would be followed with a meet and greet time with the residents. It is community service for the chorale, but we feel a blessing from these visits also,” Kok says.

In other community involvement the chorale has participated in singing with The Alabama Winds at the Alabama Theater. The admission was canned goods for The Jimmie Hale Mission.

Beyond the wider community activities of the chorale, the group has forged a tight bond with the membership.

“I think one thing that has always bound the group together is a sense of belonging to a family. At the first couple of rehearsals each year you can find us greeting each other and catching up on what has been going on. When they don’t see someone from the previous year or maybe two years, they want to know where that person is and they take it upon themselves to reach out to him/her. One time, Clarke Stallworth, a former reporter for The Birmingham News fine arts page, said Earl Clark has “a balm in his spirit that knits the group together.” I think this balm still pervades the group.  Members take it upon themselves to make the group better and form friendships for a lifetime,” Kok says.

Each year members volunteer in a variety of ways to help make the program possible and serve on different committees. The membership chair has more people than she can manage that want to either bring snacks or call people that are absent. Each year donations are given by chorale members to support a scholarship that is available to a student who sings with the group and is pursuing music in college.

“When the pandemic started and we were afraid we could not sing, a member of the group took it upon herself to work with APT to get us a television date for presenting Messiah. It meant working with an outside company to come up with clips from past presentations and knit them together to make one performance. The member worked with APT and helped me to navigate the way to get it done. Without her, the appearance on APT would not have happened. When people in the group heard about it and knew it would cost money, they went to work and found donations. Our finance committee also worked to find the money,” Kok says.

“When our accompanist had extremely serious surgery this summer, members got in touch with him and were there to let him know we all cared. So many were praying the morning of his surgery and when the surgeon came out of the operating room he asked if the family were religious. He said he felt a real presence during surgery. The accompanist is doing well today.

“We work together every week on finding out the real intent of what Handel intended when he wrote each chorus and each solo and how he tied them together.  As we sing you can feel the community of each section as they portray what Handel wrote. 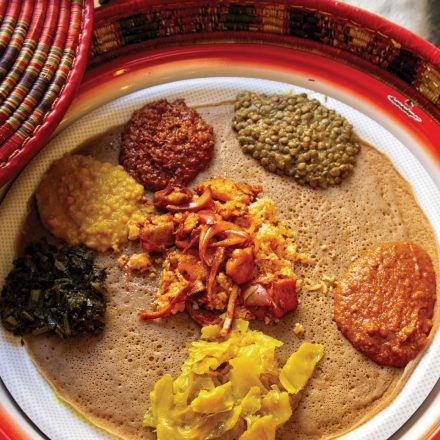 January 5, 2019 admin
Ghion Hall is an Ethiopian Restaurant at the Pizitz Food Hall in Downtown Birmingham. The owner Amanshiva Takele, born in Ethiopia, has always... 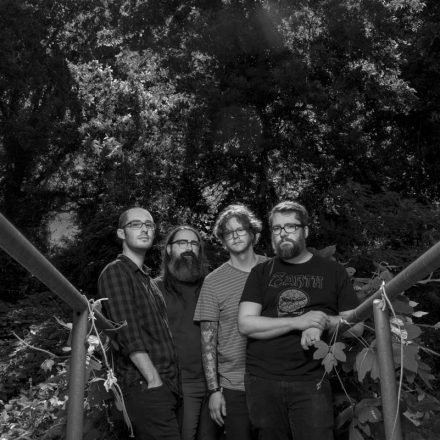 September 2, 2018 admin
Although the intersection of First Avenue North and 20th Street was once dubbed the “Heaviest Corner on Earth,” a title long since eclipsed by...
Close