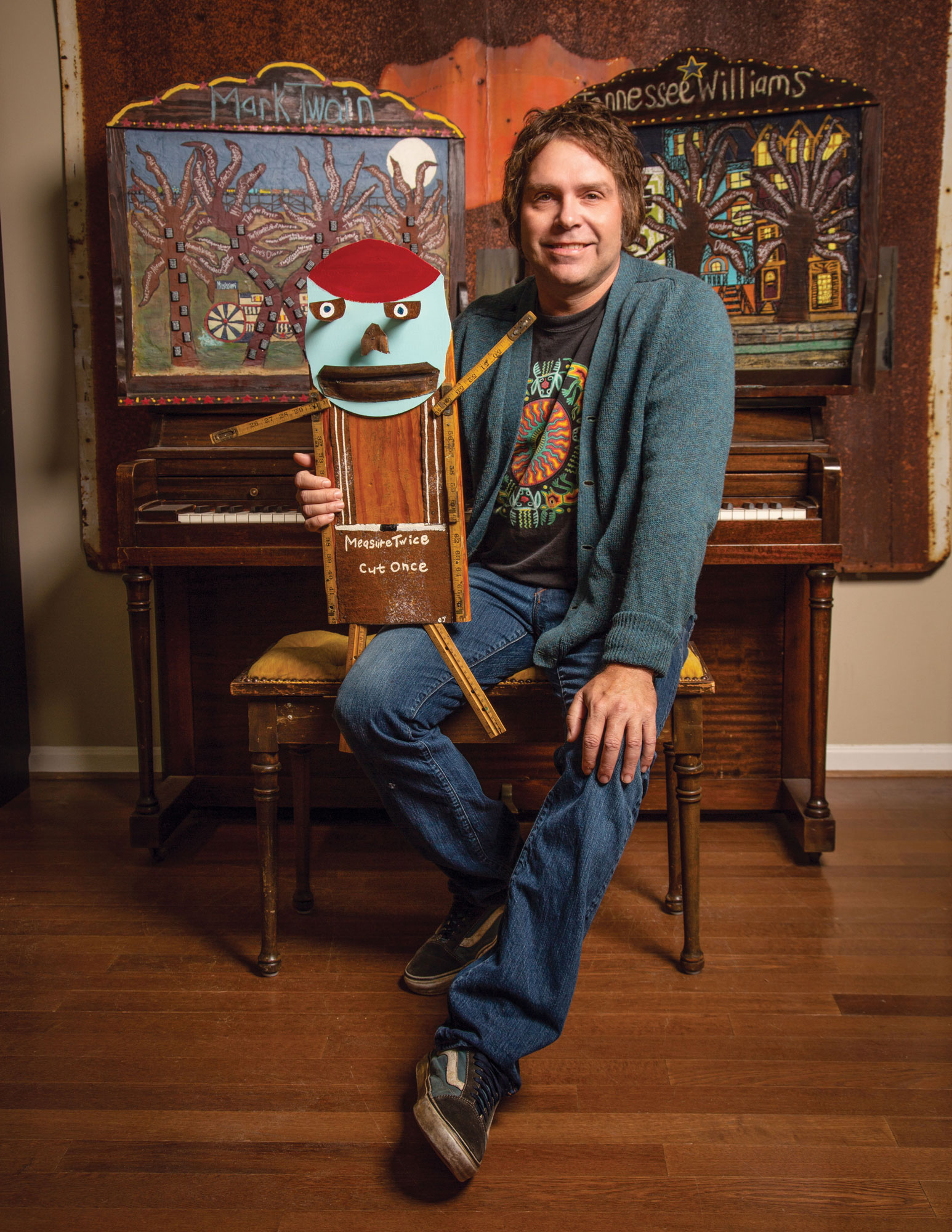 A one on one conversation with artist Deron Braxton Harris

Ask Deron Braxton Harris to describe his art, and he struggles to pinpoint any single style or genre. Folk art? Outsider art? Self-taught? “I’m all of the above,” he concludes. His work has included a series of circus-style tarps depicting rattlesnake rodeo characters; politician puppets in boxes; scarecrow families painted on old Chinese cabinet doors; and multi-media scenes inspired by classic Southern literature. It’s all sold under the brand he created, Cracker Jack Art Supply.

What many people who collect Harris’ art don’t know is that in many ways this represents a second career for him. In a former, not-so-long-ago life he was a successful country music singer/songwriter who enjoyed a sizable following in Austin and later did the rounds in Nashville, but after a while, the demands of parenthood—Harris and his wife have a daughter and twin sons—and disillusionment with the music scene in Nashville prompted Harris to make a life change. The family moved home to Birmingham, and Harris picked up the artwork he’d begun experimenting with in Nashville. We sat down with Harris to talk about art, music, parenthood, and the liberating realization that life always has another chapter.

B-Metro: When did you first get interested in folk art?

Harris: I had some seeds planted in me when I was in my early 20s frequenting Howard Finster’s Paradise Garden in Georgia. He would preach, perform songs and tell us about his visions. He gave us his pieces for $35 and let us roam freely.

B-Metro: But you didn’t rush out immediately and buy a set of paintbrushes.

Harris: No. My first calling was music, making records here in Birmingham and playing around the Southeast. I made my first solo record in 1998 in Elmore, Ala. in a country shotgun shack known as Zero Return Studios. Out of around eight records, it still remains my favorite. The title was Deep Dark Black. I was obsessed with creating a narcotic country alchemy. It received a great deal of critical acclaim, put me on the international map in the small sphere of listeners to that genre. I got to do an interview on NPR and got my first invite to SXSW in Austin.

Harris: Austin is a groovy place, and somehow I was accepted really fast out there, so we actually ended up living in Austin for about five years. My wife and I would hang out in dance halls and honky tonks, and I became a regular playing in all the great venues in central Texas. Before I knew it I was sharing band members with Dwight Yoakam, Dale Watson, and the Mavericks. My second solo record I made in Austin was Can I Return These Flowers?, and it was a giant step forward. I starting touring the U.S. and Europe.

B-Metro: What brought you back to Birmingham?

Harris: I gradually became disenchanted, bored and burned out on playing live music—especially after we moved from Austin to Nashville. The gigs are tougher there. With a lot of gigs you get paid on tips. You take breaks and go through the audience with a tip jar. Drunk people, bachelorette parties, whatever. You go and gather all your money, and then you go back to the stage and keep playing, whereas in Austin you’re playing in a cool dance hall, everybody’s two stepping, and you get paid.

I started visiting Alabama, coming back so my kids could see their grandparents, and I began gravitating toward the Southern folk art that I had been experimenting with in Nashville. It was time to get back to Alabama. We sold our house, and I haven’t been back to Nashville in five years.

B-Metro: What gave you the confidence to jump into visual arts as a career?

Harris: I had zero confidence in the beginning, because I’ve always identified with being a musician. My high school art teacher called me “artless.” And formally, maybe I am. But when I got accepted to the legendary Kentuck Festival of the Arts (in Northport, Ala.), it meant the world to me, because I had collected art there for years and met a great many folk-art heroes. You are instantly on a nationwide platform at Kentuck. Artists and dealers from all over the world are there, and it became a jumping off point.

At this year’s Montevallo Arts Fest I won Best in Show runner up, which was a total shock. My nine-year-old son Duke also sold his first piece there, which was the best part of the day.

*How to find Harris’ artwork: At crackerjackartsupply.com, or look for him at the Kentuck Festival of the Arts Oct. 20-21.

*How to find his music: Albums including Deep Dark Black and Can I Return These Flowers? are available on iTunes. 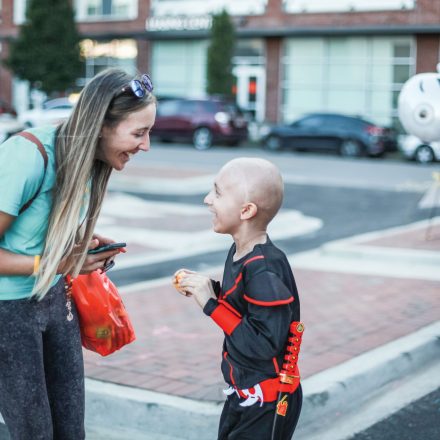 February 4, 2022 B-Metro Editor
Smile-A-Mile started in 1985 as a summer camp for children in Alabama with cancer. Over the years, the organization has grown to be a year-round... 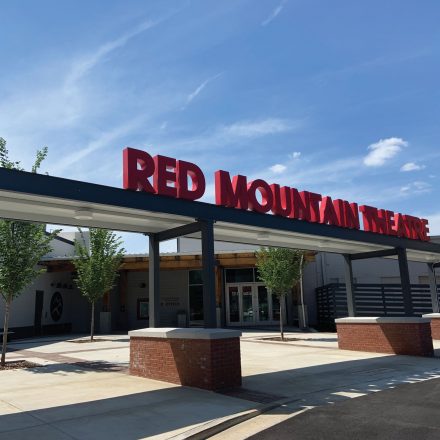