Ultramarathoner Micah Morgan is crushing the world’s most intense races.

Micah Morgan slips out of bed, slips on her shoes, and slips out the door. By the time you’re pouring your first cup of coffee, she’s run 10 miles, or 15, or maybe, on the weekends, 30. Inexplicably, nobody is chasing her—not even a bear.

Morgan is a nurse practitioner by day and a runner—specifically, an ultramarathoner—by early morning, night, and pretty much every hour in between, though she does enjoy watching Netflix in all her spare time. “I am motivated by adventure and new challenges,” she explains. “I love pushing myself to new heights and seeing what my body is capable of. I love the competitive nature it brings out in me. It motivates my affinity for the ‘crazy’ long races.”

Believe it or not, Morgan hasn’t always been a runner. Though she ran one year of cross country in seventh grade, she played softball and volleyball in high school (she attended Clay Chalkville High School). Softball carried her to college at Jefferson State Community College and she played two years there; when she transferred to the University of Alabama at Birmingham to complete her nursing degree, she needed something to keep her active. “I started running on my own and fell in love with it. I ran local 5Ks all over Birmingham. I was hungry for more and tried the Mercedes half marathon; I had such a great time that I signed up for the full marathon the very next year,” she says. “I began to train harder for marathons and tried to run two or three per year. I met other runners in town and developed friendships that were meaningful and encouraging, both in running or other aspects of life.” She also met her now-husband, Cary Morgan, in a running group, and Cary is now her coach.

For many runners, the marathon is the pinnacle of success—we’ve all seen friends train for them; Facebook friends post finishing pictures that practically ooze endorphins onto your computer screen; and cars with presumably very proud drivers boasting 26.2 stickers on their backsides. But what Morgan found was that even after the marathons, she craved more—longer distances, more difficult terrain. She found that her skills really shone the further she pushed herself. And that’s how she began doing ultramarathons, the term for a race that is longer than the traditional marathon distance of 26.2 miles. The most common distances for ultramarathons are 50 kilometers (31 miles), 50 miles, and 100 miles, but many races have different distances. “I did not realize I had any talent until I began ultrarunning. I was a fairly quick marathoner per se, but did not know what I could do in the longer races until I ran a 12-hour race in Decatur, Alabama,” Morgan says. “My husband actually signed me up for that one while I was asleep one evening. How about that for a wake-up call! I started running 50Ks and 50-milers and really enjoyed them. I was able to push myself in an entire new area of running.”

Morgan is quick to deflect any accolades regarding her talent, but the fact remains that it is remarkable. She currently holds five ultramarathon records. She won three 100-milers, including running the second fastest 100-mile for a female in 2017. That same year, she won the Badwater Cape Fear 51 Miler on Bald Head Island, North Carolina; her win there paved the way for her spot in the Badwater 135, largely described as the world’s toughest footrace. She competed in Badwater in 2018. Not only did she finish—something many ultramarathoners who earn a spot can’t do—she placed ninth overall and was the third female.

Badwater, which takes place in California, isn’t just about distance, though the distance is nothing to snort at—135 miles. Perhaps the greater challenge, however, is the elevation; the race takes its runners from the lowest to the highest points in the contiguous United States, from Badwater, Death Valley, to Mt. Whitney. To cross the distance (which is only 80 miles on a map, but substantially longer for runners due to mountain ranges), ultramarathoners must cross the treacherous salt flats of Death Valley, and they must do it all in temperatures that exceed 120 degrees. The race now ends at the portal to Mt. Whitney, though in previous years, runners summitted the mount (the change is due to regulations about summitting the mountain without a permit.) The race is invitation only, and there is no course support along the way—each runner must bring along his or her own crew and supplies. “I had a crew of some of Birmingham’s best runners helping me through the brutal temperatures. The race started Monday night at 11 p.m. and temps were 117. I had to run through the night alone, with my crew only aiding me by car. At mile 41, they could run with me. Temperatures reached 127 during the hottest part of the day and the pavement was measured at 158. It will melt your shoes! My crew helped me get through by giving me a Popsicle or just flat out yelling at me to move,” Morgan says.

“Getting to this race was a dream come true! I worked very hard to secure a spot to run a bucket list race. There were a lot of ups and downs. In an ultramarathon, you go through many of these times,” she continues. “The course is breathtaking. The desert always makes you think of dying and solitude, but the natural beauty blew those thoughts away. I was able to see the stars in a way I never imagined one could see them. When I was in a bad place running-wise, I was always able to look at the land around me and gain new perspective. The course wants you to finish, but it throws many obstacles the entire time to see what you will do with them.”

On Dec. 9 of this year, she completed another insane race—Desert Solstice, an invitation-only, 24-hour race held on a track in Phoenix, Arizona. Morgan finished second, running 140.003 miles in 24 hours despite gastrointestinal distress that slowed her down more than she would’ve liked. At press time, she’d earned the alternative spot on the United States 24 Hour Team, which competes at the International Association of Ultrarunners (the spot is subject to change). The 2019 IAU Championship will be held in Albi, France, Oct. 26–27, 2019.

Morgan’s love of running reaches beyond the health benefits or even the physical triumph; in the end, she says, she does it because it shows her not just who she can become, but who she already is—a strong woman who can do pretty much anything. “It’s helped me look to the top of the mountain and say, ‘How do I make it to the top, instead of seeing all the rocks and broken roads right in front of me?’” she says. “I was able to overcome an eating disorder by the grace of God and the gift of running. I can enjoy being outside on a cold or hot day. Running offers an outlet to manage stress and decompress from the day or prepare for a new day. It provides me confidence that I am a strong female, who can persevere through any circumstance.”•

The Wedding We’ve All Been Waiting For 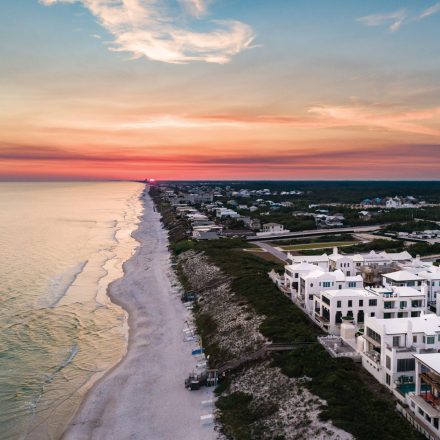 November 9, 2022 B-Metro Editor
South Walton is a destination with countless beyond-the-beach activities for a relaxing getaway any time of year. It’s the quiet season along the... 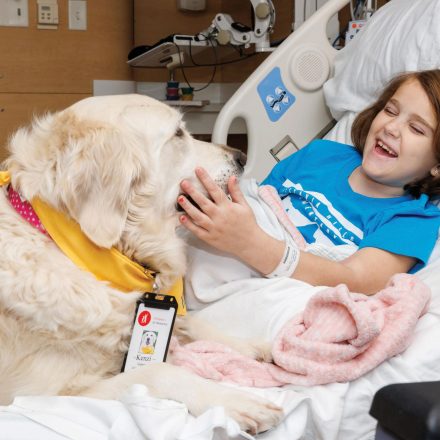 Give Birmingham: Hand in Paw

February 3, 2022 B-Metro Editor
Hand in Paw is Alabama’s premier Animal-Assisted Therapy provider and a national leader in this growing field. At Hand in Paw, a 501(c)(3)...
Close