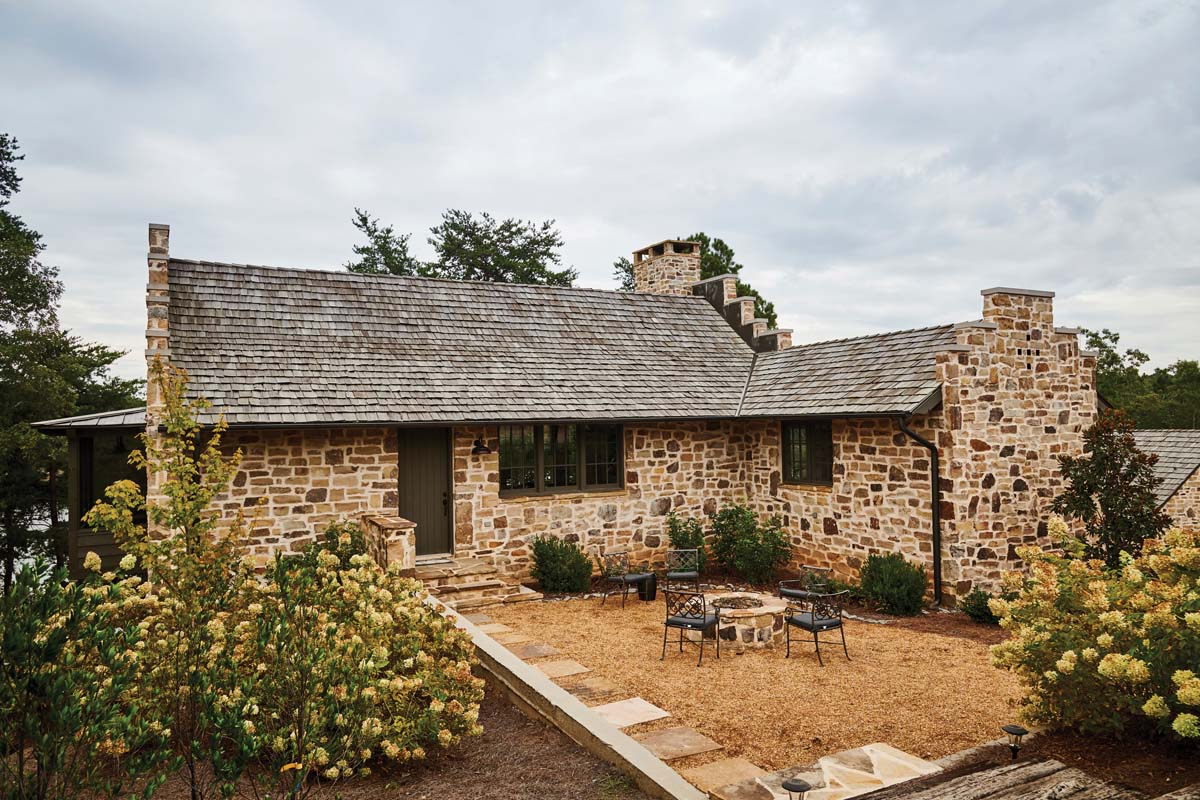 Patsy Baird creates a unique blend of contemporary, classic, and a touch of rustic in the family’s new house on Smith Lake.

At Patsy and John Baird’s lake house, in the new Hawk’s Nest community at Smith Lake, you will not find oars on the walls. There are no “Gone Fishin’” signs posted anywhere—or fish décor of any sort. Patsy, an interior designer, knew going in that she wanted nature to speak for itself, through the stunning views of the lake seen through the floor-to-ceiling windows in almost every room. Her job was not to remind people they were at the lake, she says, but simply to make design choices that evoke escape and relaxation. That includes a few nods to the natural setting without sacrificing simple elegance and comfortable livability.

“I like to think outside the box as far as the ‘lake house’ look,” says Patsy, who is also an interior designer. “My goal was coziness and a feeling of retreat, a getaway from home, without it feeling too dark or like a musty fish cabin. That’s not the look I like for a lake.”

As a result, the walls are made of wood but whitewashed to create an open, airy feeling. Sleek wooden beams on the ceiling are painted in a charcoal color that lend a subtle touch of drama. And the artwork is all original, including a favorite piece—a large, mixed-media bird dubbed “Ruthie,” made by one of Patsy’s favorite artists, Sloane Bibb out of Decatur—that feels right for the lake, but doesn’t scream it. The antlers hanging on the wall represent whimsical folk art rather than actual hunting trophies, a playful twist on traditional lodge décor.

“I wanted a rustic feel,” Patsy says, “but with a contemporary look.”

This is actually the third house the Bairds have built on Smith Lake, so it’s clear Patsy has had time to fine-tune the look she wants. Their most recent house prior to this was in Silver Rock Cove, but they sold it when someone inquired about buying it at same time they learned about Hawk’s Nest. Both Silver Rock Cove and Hawk’s Nest were designed by Louis Nequette of Nequette Architecture & Design, and the Bairds were especially intrigued by this new community, which is more intimate than Silver Rock with just around 20 homes planned.

The homes here, which Nequette says were inspired by hamlets located on the Irish Coast, each feature a unique design, but they share a similar stone-cottage charm in the front that creates a deceptively modest profile. Patsy says many visitors say theirs reminds them of a storybook house straight out of “Hansel and Gretel.” But a walk around to the back reveals a second level beneath, with four bedrooms and a small den downstairs, where the Bairds’ grown children, small grandchildren and other guests can stay. (The master is upstairs on the main level, along with all the common living spaces).

“It looks totally different from the front to the back,” Patsy says. “To see it from the water it’s much larger than you think, and all glass, from the roof to the ground. They are totally different looks, and it’s very interesting to see what both sides look like.”

Along with access to a small, crescent-shaped wading pool for the neighbors to share (dotted with individual cabanas for each family), the home’s exterior features include a boat house replete with its own upper deck/sunning area, a waterfront “sidewalk” that connects all the docks in the community, a covered brick porch as well as another spacious screened porch on the side on the house, and in the front, a small courtyard filled with pea gravel and natural landscaping. Here, the Bairds added a fire pit and find that makes for a great, casual family gathering spot. “The grandchildren get out there with their little dump drunks and fill them with gravel, and we love to watch them. We also added a fire pit, and on a recent Sunday night our neighbors came out with all their children and grandchildren, and we did s’mores out there. It was so much fun.”

The Bairds, whose primary home is at The Preserve in Hoover, have had this house since 2016 and plan to make it the lake house they keep forever. While Patsy loves the opportunity to decorate a home from scratch and make it her own, this time it feels like she’s struck exactly the chord she’s been going for—a house large enough to accommodate a growing family, a lot of personal touches and best of all, plenty of gathering spaces to enjoy. “I think this is where we’re going to make memories for a long time to come,” Patsy says.• 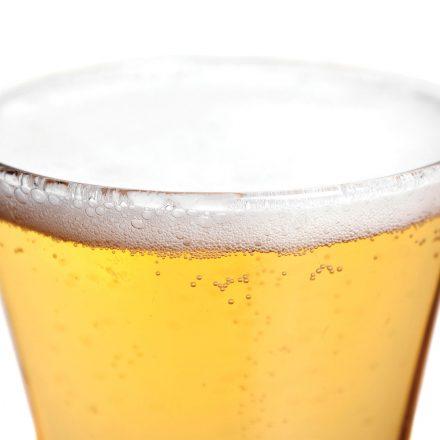 December 6, 2020 B-Metro Editor
The Ultimate Guide to the City’s Craft Beer Scene: Breweries, Tap Rooms and Signature Brews. Avondale Brewing The linchpin in the rebirth of... 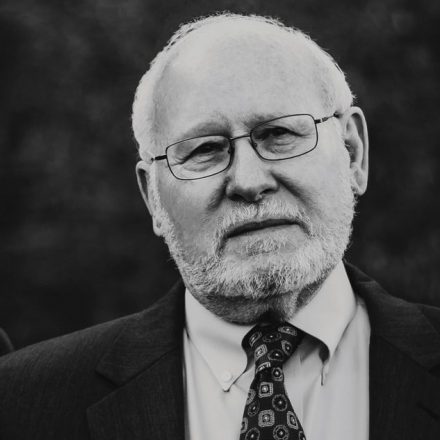