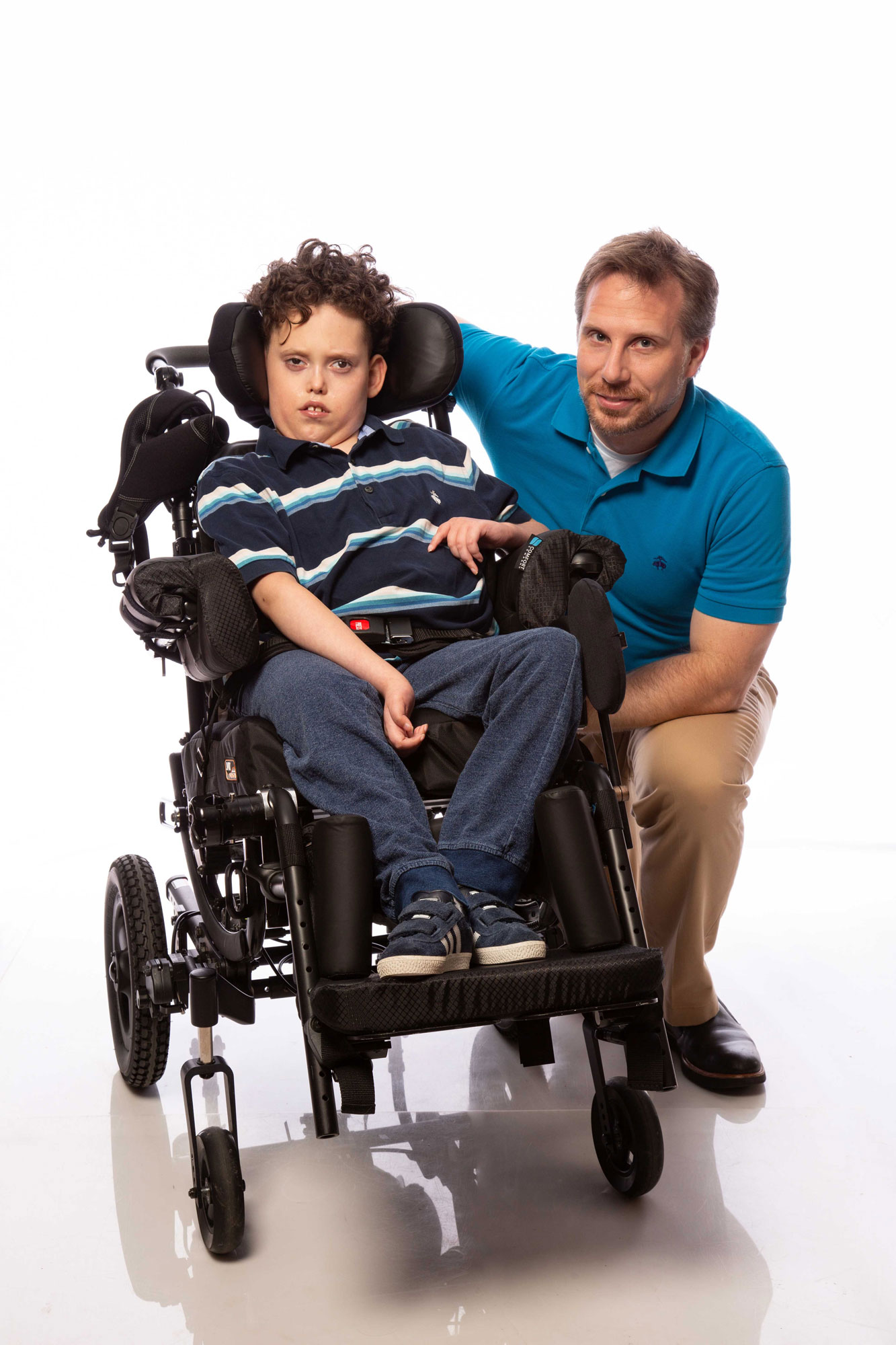 A computer scientist turned master diagnostician is leading the quest at UAB to help patients who are losing hope finally find answers.

It was always a pretty sure bet that Matthew Might, Ph.D., was going achieve great things in computer science. After earning a master’s degree and Ph.D. in computer science from Georgia Tech—where he met his wife, Cristina—Might went on to serve as an assistant professor at the University of Utah’s School of Computing. Along the way, he did work for the U.S. Department of Defense, Department of Energy, and National Science Foundation, on projects ranging from cyber security to deep simulation of next generation clean-coal power plants. He was already becoming an important player in the next new age of computers, where it seemed the sky was the limit in the potential of computer science to change lives.

But Might had no way of knowing that a personal crisis was going to change his career trajectory dramatically—not away from computer science and data analysis, but applying it to a different end: helping to pioneer the emerging field of precision science.

It’s a remarkable story that began with the birth of the Mights’ first child, Bertrand, on December 9, 2007.

Just weeks after Bertrand was born, his parents could see that something was not right. Near-constant motion turned into seizures, and his distress was obvious. Another sign that troubled Might was that when Bertrand cried, he produced no tears.

When it was beyond clear that Bertrand was in trouble and getting worse, the Mights began an odyssey from one specialist to the next. They went through a series of potential diagnoses that ultimately proved wrong. Stumped, physicians regularly asked the couple if they might be related to each other—which would open the door to a number of possible birth defects—while at least a handful asked if they were sure Matthew was Bertrand’s true father.

Getting nowhere fast, in 2012 the whole family underwent exome sequencing, one of the most advanced procedures available to try and identify a genetic cause for a child’s symptoms.

“When Bertrand was two and we started this process, exome sequencing was brand new,” says Might. “It was only done at a few research centers. Duke was one of them.” It was at Duke, then, that the Mights finally found their answer: Bertrand had mutations that destroyed the functioning of a gene known as NGLY1. He was the first known patient in existence to suffer from this condition, which became known as NGLY1 deficiency. There was no known treatment.

Matthew describes his and Cristina’s reaction. “It was exciting to get the news that we finally had an answer, terrifying that Bertrand was the only one in the world to have it, but also empowering,” he says. “We realized that if anyone was going to do anything, it was going to be us.”

Their best chance at getting more information that might lead to a potential treatment was to find more patients, so Might determined to do just that. He wrote a blog post designed to attract other people who might suffer from this rare condition but not know it. If people found the post and responded, Might asked about their symptoms, and if they seemed to mirror Bertrand’s, Might suggested they get genetically tested. Over time, that recommendation has led to dozens more families learning their children, too, suffered from NGLY1 deficiency. A number have since agreed to take part in a study of the disease now being conducted by the National Institutes of Health.

Meanwhile, Might, knowing there was no medication designed to treat his son’s condition, began looking into the chance that an existing medication used to treat something else might have an unintended side effect that could actually help Bertrand. He found it in Prevacid, an over-the-counter antacid. “It happens to have the right molecular shape to hit another target that we want to hit for Bertram’s condition,” Might explains. “Nobody even knew it was a side effect.”

A Rapid Education in Genetics

Might had been working with doctors on Bertrand’s diagnosis—and then on his mission to find a medication that could help—while continuing his full-time work in computer science. “The way I describe it to some people is it felt I had to get tenure in two fields at the same time,” Might says, “except in one field I had no background. But that’s pretty much what it was. So I got a rapid education in genetics, trying to get him a diagnosis, and then it became a rapid education in pharmaceutical chemistry. Really anything that stood between me and finding therapies, that’s what it became.”

Might also wrote another blog post—“Hunting Down My Son’s Killer”—that told the whole story up to that point, and this one unexpectedly went viral. It became “sort of a snowball thing,” he says. “My first goal had been just to find other patients so we could work together on treatments, so we did that. But this article that I wrote went out and touched a lot of people.”

One of those people was a reporter who ultimately wrote an article about the Might family’s quest to help their son, which appeared in The New Yorker.

“The New Yorker article landed on President Obama’s desk,” Might recounts. “It landed on the NIH director’s desk. It landed on the desk of my future department chair at Harvard (where he later became a faculty member in the Department of Biomedical Informatics). It landed on all the right desks at once, so in a matter of months I met a number of people who were going to shape my life for the next several years.” Before long, Obama had tapped him to work on the White House Precision Medicine Initiative. Things evolved so rapidly, in fact, that Might found himself shuttling between Utah and Washington, D.C., where he essentially couch surfed as he worked on the new initiative, and what he thought would be three months turned into three years. He still has pictures of one spot he used to crash at the White House: the prayer and meditation room. “That’s where I used to sleep.”

At that point, Might says, “the big thing was going beyond Bertrand. How do we take what we’ve done for Bertrand and do that for as many other kids as possible? So it’s funny how my career was evolving over time.” He also co-founded a company, which he recently sold, that conducted personalized drug screens for genetic epilepsies.

In Birmingham, an Institute Looking for a Director

Meanwhile, in 2014 the University of Alabama at Birmingham had launched the Hugh Kaul Precision Medicine Institute (PMI) with a major gift from the Hugh Kaul Foundation. Dr. Etty (Tika) Benveniste, who is the senior assistant dean for research administration and Alma B. Maxwell endowed chair in biomedical research, among other titles, lead the search committee that ultimately hired Might to become the institute’s inaugural director in 2017.  She says the committee was taken not only by his expertise but what he brought to the role by way of his family’s personal experience.

“We were looking for somebody very special,” Benveniste says. “One of the biggest (assets) with Dr. Might is having somebody here at UAB leading our Precision Medicine Institute who has first-hand, personal knowledge of the challenges that face families when they have a child or a loved one with an undiagnosed disease and how heartbreaking that can be. He has tremendous empathy for parents who are in the situation that he and his wife Cristina have been in.”

It didn’t hurt that Might came with a host of connections from his time working with the White House. “His connections continue to help him to this day. He knows a lot of politicians who are instrumental in furthering the cause of precision medicine, and for us to have someone with that inside track is also a real benefit for the UAB School of Medicine and UAB as a whole.”

For Might, one of the big attractions of coming to UAB was the chance to spend more time not just realizing the potential of precision medicine for the future but using what is already known to help families struggling right now—while their children are young and have the most to gain from finding a diagnosis and possible therapies.

“The White House has a very strong initiative,” Might says. “It has multiple years of funding, and it’s off to a flying start. And here at UAB we’re a part of it, through the All of Us Research Program, which is enrolling a million Americans to donate their health records, their genomes, and really everything we need to build what I would call the Rosetta Stone of the human genome.

“But that is so far removed from the clinic,” he says. “And there are patients out there today who need this now.” The PMI includes what Might’s team calls its precision research consultation service, in which researchers interview patients (or their parents) about signs and symptoms and run an algorithm to help get at the root cause. “So we turn every patient into a science project,” Might says. “If you’re undiagnosed, we’ll do the science to get you a diagnosis. If you’re diagnosed, then we aim for a treatment of some kind.”

Today Bertrand’s symptoms have been greatly alleviated, though Might acknowledges that in many ways, his condition has progressed too far for him to reap the maximum benefit from advancements Might and others continue to work towards with NGLY1 deficiency. But “I’ve long since made peace with his condition,” Might says. “I’m not sad. It’s been a long time since I looked at it that way. Once I was able to make him happy, then I was able to focus on all the positives that this experience has led to for others, in terms of other kids where we can help find treatments, and the ability to set up this program here where we can help people on a much bigger scale.

“UAB invested strategically and very early on,” he continues. “There are other places trying to do precision medicine, but they’re not doing what we’re doing. They’re very focused on the scientific aspect of it, really going after the dollars that President Obama put out. And we got those dollars, too. But to make a bold bet, which required this philanthropic donation from the Hugh Kaul Foundation, that’s what enabled us to make a clinical move first. And it’s weird to see places like Harvard playing catch up to UAB, but that’s how it is right now.”

Might is the first to acknowledge the irony that he has now become something of a celebrity in this explosive new area of medicine, without being a medical doctor himself. But it seems if nothing else to have been guided by a beautiful fate. “I loved what I used to do as a computer scientist, and it’s a little strange to me that I just stopped, because things were going pretty well,” he says.

“But when it comes to patients, I’d much rather help a patient over here than publish one more paper in computer science. It’s oddly lucky, actually. Everything seems to all be in the right place at the right time, again and again. I can’t believe that it’s all happened. And it’s still happening.” 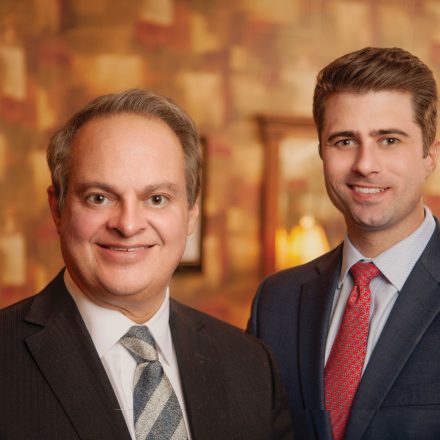 The Growth of Aesthetics

November 2, 2018 admin
With a new physician on board and new products, techniques and technology, Dr. Daniel Rousso looks to the future. New products and procedures,... 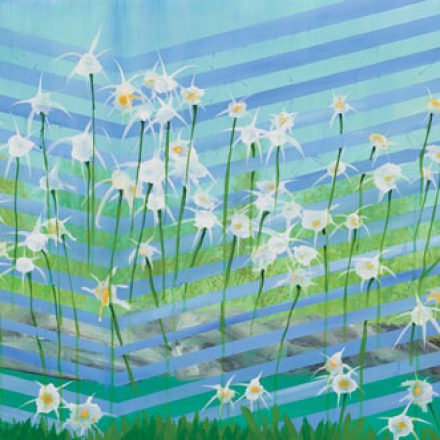 Art Is Back: Wall to Wall at the BMA

December 6, 2020 B-Metro Editor
When the Sky made an escape ladder for the fast Water lilies, Merritt Johnson (American, born 1977), 2020, vinyl wallpaper based on mixed media...
Close