After nearly a quarter century, Hot and Hot Fish Club has a new home, a new generation in the wings, and a new sense of just what a restaurant should be.  (Photography by Beau Gustafson)

Chris Hastings has always had a vision. And the award-winning chef has always carefully followed that vision.

The latest incarnation of that vision is the relocation and re-imagining of Hot and Hot Fish Club. After a quarter-century long residency tucked away off Highland Avenue, Hot and Hot lost its lease to redevelopment and found a new home at Pepper Place.

“I’ve been through a lot of openings over the years with a lot of different restaurants and they have ranged wildly from smooth to ones where the wheels start coming off the wagon and the wagon ends up in the ditch. We worked really tirelessly to make sure that we were as organized as you can possibly be to get ready to open,” Hastings says.

This new restaurant is bigger than the original Hot and Hot. “We can’t see the majority of this restaurant from the kitchen. So we’ve had to add on additional staff and organize what we call the pass and the food runners in a way that makes it more efficient,” he says.

That’s not the only change Hastings and his wife and co-owner Idie Hastings have instituted.

“We don’t want to be just a special occasion restaurant, we want to be a neighborhood restaurant. We want the 2.0 version to also have dishes that are affordable in a small plate format,” Hastings says.

That is the R&D aspect of the menu that has been developed for the new Hot and Hot. While the long-time favorites that kept Birmingham diners coming back again and again over the past decades, the R&D options focus on more affordable small plates.

“It is an expansion of the menu by eight items. How we make that as efficient, as dynamic and as delicious as we want it to be is an integral part of who we are as we evolve into the next 25 years,” Hastings says.

“The R&D piece is a teaching tool for the culinary team, where I work directly with them to help develop my idea or their ideas. I’ve got to teach these young men and women how to think about flavors and textures and techniques and how you take an idea in your head then work through the particular details, test the recipes, make adjustments, and make it a viable restaurant dish.” he says.

The eight-item R&D $15 menu is arranged in broad categories and has been developed to offer fresh concepts for the new Hot and Hot, as well as aid in the service efficiency for the expanded restaurant, and serve as a teaching tool for the younger people in the kitchen.

But beyond that, the new menu items speak to Hasting’s belief that the relocation of Hot and Hot was a great opportunity to examine the restaurant in terms of changing demographics and the way the restaurant business has been changing.

“I’ve watched this market for 25 years really longer than that if you include my time with Frank Stitt, right? So since 1986 I’ve seen it change a lot over that period of time.

“More recently in the last five years, especially, I see more and more of the Millennium crowd coming into the market and how they eat and how they think and how they approach food. I need and want to capture those young people and I want them to be really energized about both Oven Bird (Hasting’s second restaurant also in Pepper Place) and Hot and Hot.

“They’re not a make a reservation a month in advance for a special occasion type. They like to like to come in and have an experience, maybe a couple of courses, maybe a glass of wine or a cool cocktail and boom they’re off to the next thing.

I love that. I think that’s super cool,” Hastings says.

“Moving forward I don’t want to be perceived as just a special occasion restaurant. I want to be a neighborhood restaurant where you can come in and get food that is dynamic, always evolving and on the cutting edge of creativity and thought leadership in food.”

The lesson Chris and Idie Hastings learned from opening Oven Bird a few years ago was that the small plate format really works and they are transferring that knowledge to the new Hot and Hot.

“The small plate format gives young people chance to come in and sit at the bar or the chef’s counter and get a couple of $15 items, some wine, and feel like you’re in New York City, right? That’s important because we’re in a neighborhood now and there’s a lots and lots of young people all around here, and we want them to enjoy this restaurant today,” Hastings says.

The new Hot and Hot is about 30 percent larger than the original location, going from 80 to 110 seats, plus the patio when the weather is nice. Hastings had the design of his new restaurant in his head from the time he looked at the space in the Martin Biscuit Building at Pepper Place. In his mind he saw a space that was clean, very modern and very functional, the kind of design that would bring calm and happiness to people who are in that space. “It had to be high energy, you know a place that sets design standards moving forward.”

The light streams through the huge windows in the new space. Highlights include the spacious chef’s counter and open kitchen. Exposed brick walls surround the seating. It features banquettes and tables accented with marble and hackberry wood locally sourced.

While the loss of their lease at the old space was not expected, it also was not out of the realm of possibilities. “We always kind of kept our ears and eyes to the to the future,” Hastings says.

“When the announcement came that we had to go, we paused for a nanosecond and then we said this is great opportunity.”

The opportunity was enhanced by the knowledge that with the new space would come a new generation. The Hasting’s eldest son oldest son, Zeb, will be Hot and Hot’s sous chef and his wife Molly Hastings, will work as manager of operations at the new space.

“I can’t think of a better way to celebrate 25 years in the restaurant business than being joined by Zeb and Molly as they learn the business, help redefine the restaurant and position themselves to serve the next generation of Hot and Hot and OvenBird guests,” said Idie Hastings in a news release about the re-opening. “We’re delighted to be working together as a family and appreciate that they love this business as much as Chris and I do,” says Idie Hastings. 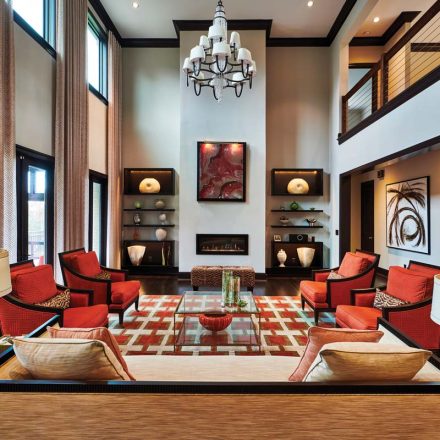 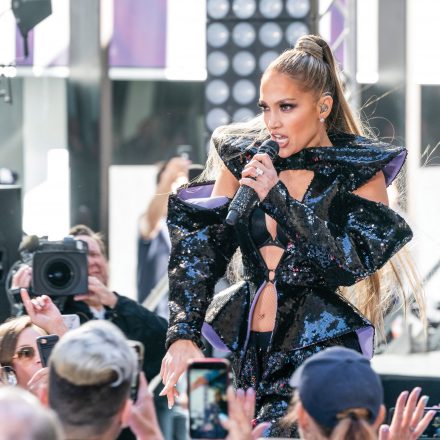 April 10, 2020 B-Metro Editor
Super Woman By Sunny Brown Finally! The world has sat up and taken notice of a fifty-year-old woman. It’s all anyone is talking about. After all...
Close